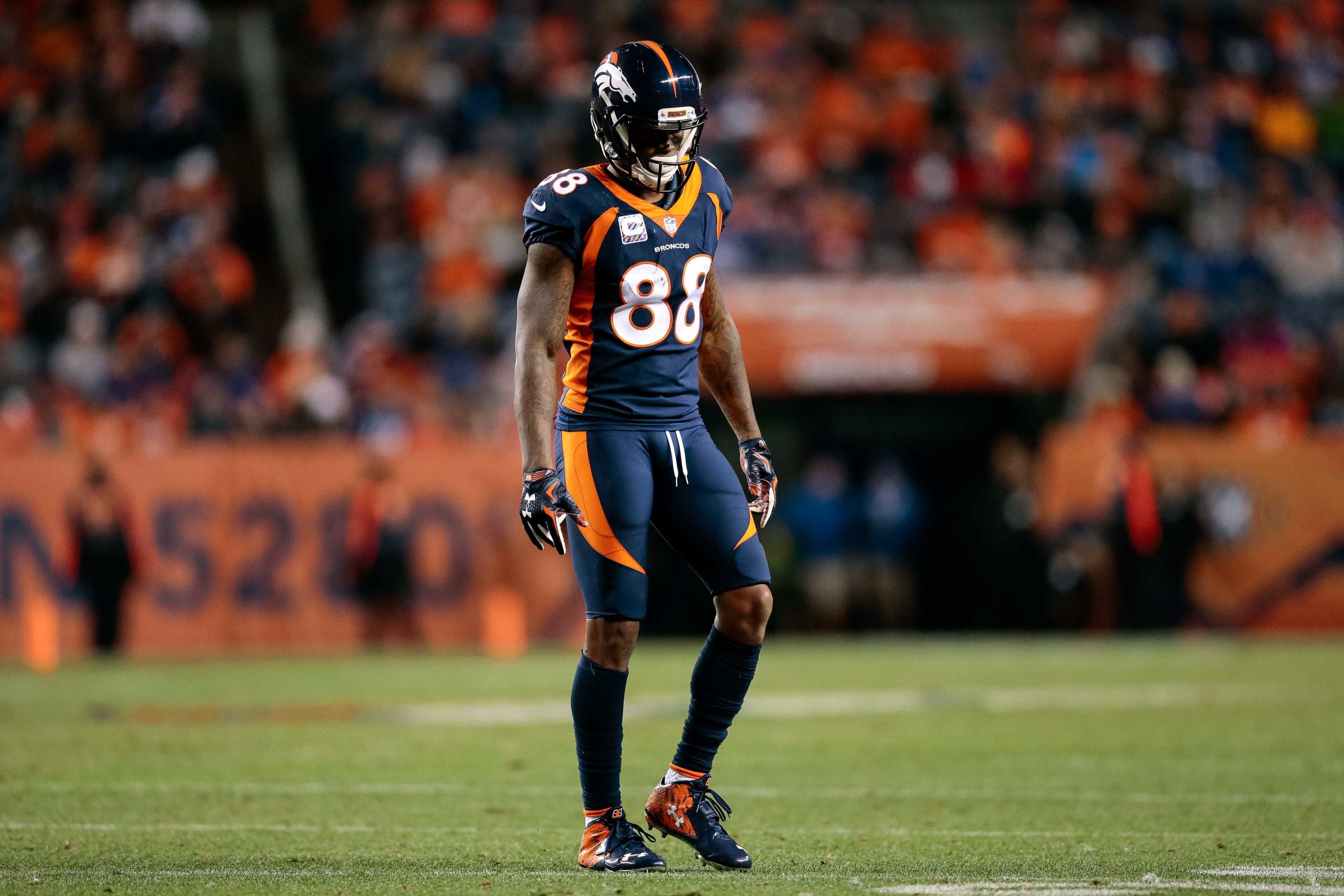 An ode to the most under-appreciated Bronco of all time

DENVER — When most people remember Demaryius Thomas in Orange & Blue, their mind will turn to a very specific moment.

It’s an iconic moment in Broncos history. A highlight that will be played forever. Heck, even John Elway—minutes after trading the legendary Bronco—referred to that play when asked what stands out to him about DT’s career in Denver.

As for me, though, I’ll remember an entirely different moment.

There was no glory draped upon this moment, and it certainly won’t show up on any highlight reel. In fact, it came in the aftermath of an embarrassment.

The 2017 Broncos, marked as double-digit favorites against the lowly New York Giants at home, had just lost by double digits themselves, 23-10, to be exact. The team was awful on the night, but I couldn’t help but to be enamored with Demaryius Thomas’ performance in the contest.

After the game, I waited behind the chair at his locker as he got dressed in hopes of asking him a few questions. As he attempted to put on his white dress shirt, though, he ran into a problem.

In this game, Thomas—who hadn’t run a healthy route all season—was absolutely battered. On one play, he was popped hard by a safety, on another, he was twisted awkwardly to the ground by a combination of Giants. There were points where you wondered if he was going to get up, but, as he had done for years and years, he always got up and hobbled his way back to the huddle.

But at one point in the game, it looked like his Orange & Blue iron-man streak of over 100 games at the time was going to come to an end. With that hobble that had hampered him all night, Thomas limped off of the field and into the X-ray room to get his leg looked at.

The tests were negative, and with the Broncos trailing 20-3 in the second half, Thomas hobbled right back into the huddle. Instead of packing it in on a tough night with a handful of injuries on his plate, he clenched his teeth, gave his routes every bit of his 100 percent that he had and then limped back to the line.

Oh, and his numbers were fantastic. When all was said and done, Thomas totaled 133 yards on 10 catches. As it turns out, it was his best game, yardage-wise, in the post-Manning era. He surpassed 8,000 career yards on the night. All with “several injuries” as fellow receiver Jordan Taylor described it to me later. A warrior performance like nothing I had ever seen.

Back in the dreary locker room, Thomas fastened the top button of his shirt and began to lift his arms up to roll down his collar. There was just one problem, he couldn’t get his arms above shoulder height. After a couple tries paired with exasperation, he turned around to see me waiting there. With a look on his face that gave off frustration and maybe a bit of embarrassment, he asked if I could help him out.

Of course, I rolled the collar down and a few moments later rolled down the collar of his suit jacket, as well, and then we talked.

“If I’m able to play, I’m just gonna do it,” he said in a fashion that suggested he would play now and worry about the consequences later. “I’m not gonna leave my brothers out there. Whatever happens, happens, but I’m gonna be in there with them either way. It doesn’t matter if we’re winning or we’re losing, if I can play, I’m gonna play.”

“I do take pride in that,” he added. “I was banged up a little, had a couple bad little nicks, but I was still able to run, so I got out there and tried to do my best.”

For almost nine years, Demaryius Thomas’ best has been better than almost anything the Broncos have ever had. Five straight 1,000-yard seasons, five Pro Bowls, more than 9,000 yards, 60 touchdowns, the list goes on.

For almost nine years, Demaryius Thomas has given every single ounce of himself to the Denver Broncos.

After coming from a college offense in which he essentially only ran two routes, Thomas gave his everything into learning what it takes to be a pro receiver, eventually becoming a technician on the field.

When Kam Chancellor infamously blew him up in the first quarter of Super Bowl XLVIII, he peeled himself off the turf and went on to set the record for receptions in the Super Bowl.

When Courtland Sutton and DaeSean Hamilton arrived this offseason, Thomas poured every bit of knowledge he had onto them, essentially paving the way for them to take his job. He didn’t care.

Demaryius Thomas is an all-time great Denver Bronco. He embodies everything you want in every player—a baller on the field, a champion in the community, a team-first attitude, a tough son of a gun and an all around good person. Don’t let anyone try to tarnish his legacy because he dropped a few too many passes.

And to those who want to detract from what he did in Denver because he had a couple run-ins with the drops, consider this: nobody wanted to make all of the plays more than DT did.

You see, Thomas wasn’t perfect on that mid-October night against the Giants. Early in the fourth quarter, with the Broncos in desperation mode down 17, they went for it on fourth down in New York territory. After converting the first down, Thomas was stripped by Janoris Jenkins, and the Giants recovered the ball, effectively putting the Broncos comeback dreams to an end.

During our conversation in which the tone of my questions were all pretty positive, Thomas interrupted me.

Maybe the Broncos could have gotten more from Demaryius Thomas, but what they got was damn good, and anyone who tells you he was soft, was afraid of contact, wasn’t tough or didn’t didn’t care enough is flat out wrong. 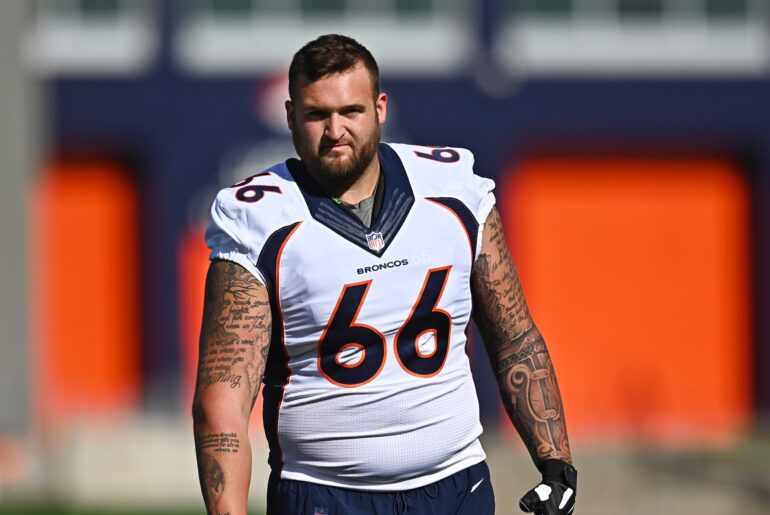