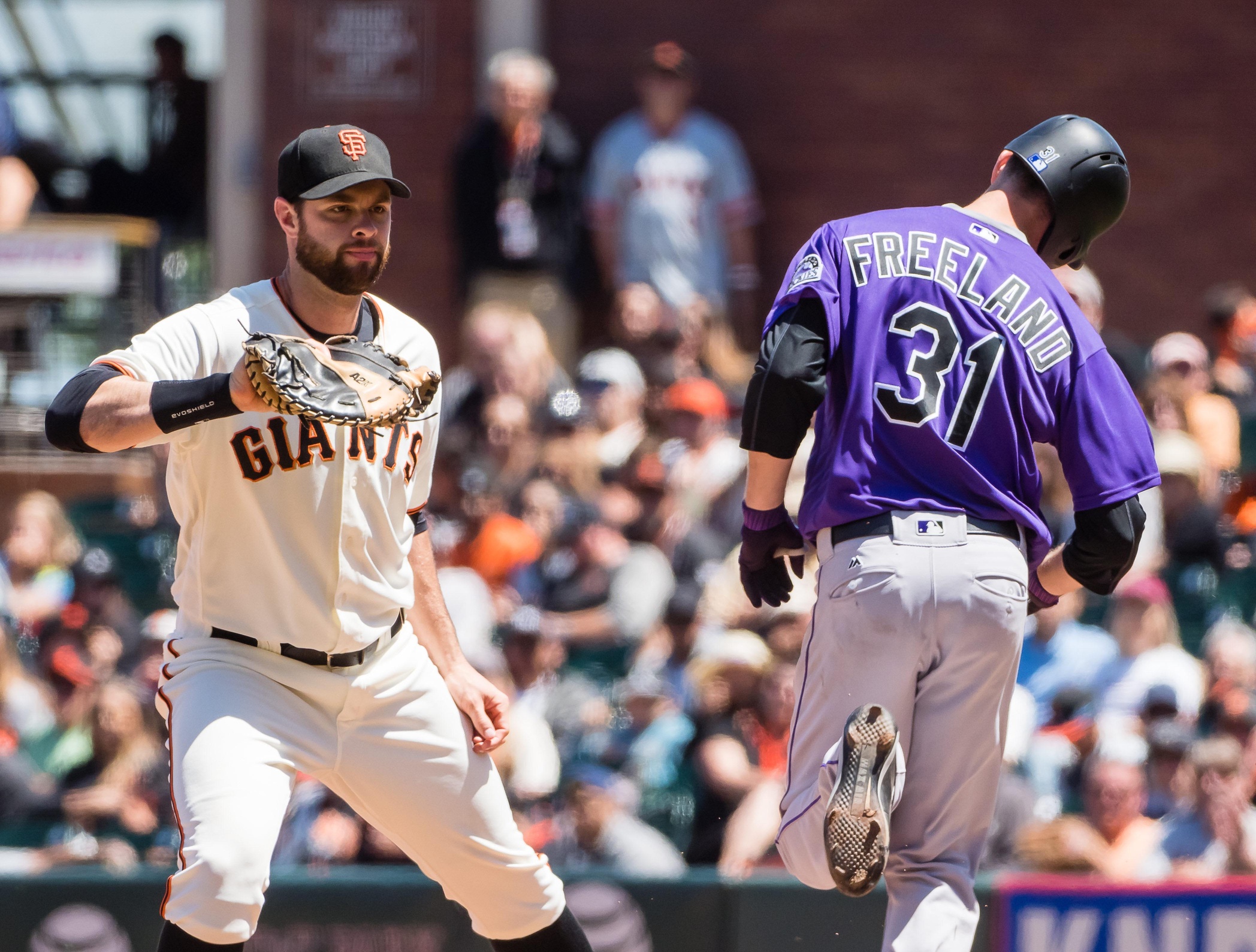 Are the Giants really a darkhorse in the NL West race?

At the beginning of this decade, the San Francisco Giants sat alongside the Chicago Cubs as the two teams with the longest running championship drought. Five years into the decade, the Giants suddenly found themselves winners of the World Series a staggering three times and had established themselves as an even-year dynasty. And it’s an even year.

We’ve seen this dance before. The club by the bay has lulled us all into a sense that they were an afterthought because of a season of poor play and then emerged as a powerhouse. And it appears as though they believe they can repeat this magic again in 2018. But should we?

On Dec. 15, we wrote about how the Arizona Diamondbacks were likely conceding contention in the National League West in 2018, turning the division race into a two-team contest between the Colorado Rockies and Los Angeles Dodgers.

Over the last week, the Giants have attempted to slide into that conversation. They traded their No. 2 prospect for third baseman Evan Longoria on Dec. 20 in a tried-and-true, prospect-for-veteran, win-now move at best—a shipment of solid assets for a depreciating one at worst.

Next, not 12 hours after that trade, news broke that there was mutual interest between the club and right fielder Jay Bruce. These moves don’t put the Giants back into the thick of it, but they are waving frantically in the rearview mirror… and getting closer.