Last season Torrey Craig averaged 20 minutes per game in the regular season but was bumped up to 23.6 per contest in the playoffs and ended up starting 11 of Denver's 14 postseason matchups. He entered the starting lineup for Game 4 of the Nuggets' first round series against the Spurs in place of Will Barton and never left Denver's first five throughout the remainder of the postseason. Barton's strong regular season combined with Gary Harris' All-NBA worthy defense this year gives Craig more roadblocks towards entering the starting five during the playoffs if they do get played this season -- although I still wouldn't rule it out especially if Denver finds itself in dire circumstances -- but he could still play a big role in the postseason.

Craig is averaging only 17.4 minutes per game this season, which a slight reduction from last year's average and makes sense considering Michael Porter Jr.'s presence in the rotation who Craig ceded minutes too. But check out how Craig played against the Rockets, Denver's presumptive first-round opponent if the postseason begins with the current playoff seeding in place.

Dec. 31 at Houston: 21 minutes (started for an injured Gary Harris)

Jan. 22 at Houston: 27 minutes (started for an injured Gary Harris)

Jan. 26 vs. Houston: 31 minutes (started for an injured Jamal Murray)

The guys welcome on Keith Smith of Yahoo Sports to discuss the latest on the NBA’s plans to finish the season at Disney World. Keith offers firsthand insight on why Disney World and the NBA are the perfect fit for one another, where players could stay and how they could entertain themselves during their downtime. Would players be allowed to…

On this Casual Friday edition of the DNVR Nuggets Podcast, Brendan Vogt, Harrison Wind and Eric Wedum (D-Line) react to the passing of Hall of Fame coach Jerry Sloan and try to put together a Nuggets Mount Rushmore. Then, DNVR Members join the show to discuss the Nuggets’ preferred playoff opponent and how Denver can rise to the national consciousness.…

DNVR Nuggets Podcast: Will Nikola Jokic be a top-10 player in 2025?

Adam Mares, Harrison Wind, Brendan Vogt, Eric Wedum (D-Line) and Gordon Gross from Denver Stiffs look into the future and rank their top-10 players in the NBA in 2025. Do any Denver Nuggets make the list? Also, reaction to the news that the NBA will in all likelihood try to come back, and The Steps. DON’T FORGET TO SUBSCRIBE! iTunes…

DNVR Nuggets Podcast: What we learned from The Last Dance with Patrick Finan

It’s the final MJ Monday on the DNVR Nuggets Podcast. Adam Mares, Harrison Wind, Bredan Vogt, and Eric Wedum (D-Line) are joined for the last time by Patrick Finan to discuss episodes 9 and 10 of The Last Dance and their other overall takeaways from the docuseries. Then, DNVR Buffs reporter Henry Chisholm joins to play The Steps. Check out…

DNVR Nuggets Podcast: Casual Friday | What will LeBron’s version of “The Last Dance” look like?

It’s Casual Friday on the DNVR Nuggets Podcast. Adam Mares, Harrison Wind, Brendan Vogt and Eric Wedum (D-Line) discuss the latest Game of Zones episode, what LeBron’s “The Last Dance” documentary would look like, take a look back at the type of player Nikola Jokic was as a rookie at Summer League, and play Closest To The Pin on some… 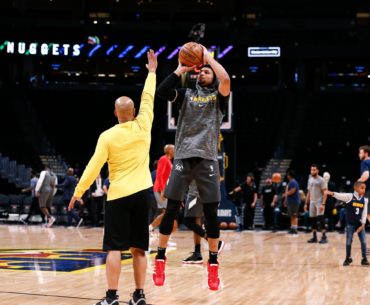 Jamal Murray, Will Barton and Vlatko Cancar took part in workouts at the Nuggets' reopened practice facility this week. But workouts are currently far from normal. 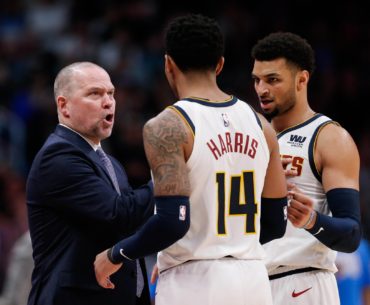 Which Nugget can benefit the most from the NBA’s hiatus

This hiatus is a double-edged sword for MPJ. On the one hand, it is a bit tragic that he waited two years to get back on the basketball court only to have his return to action cut short by the pandemic.  On the other hand, the 10th man in a 9.5 man rotation on a title-contending team is a difficult spot to find yourself when you are as talented as Porter. There's so much to learn in such a short window of time with almost no chance to catch your breath once things get rolling. It's like a new test everyday but with no time in between to study.

Porter is easily one of the seven most talented players on the Denver Nuggets roster but he is far and away the most inexperienced. In his debut season, he often struggled to remember plays, even those that were called for him to be the primary focus. On the defensive end, he was slow to read his assignments, often bungling a switch or rotation.

Porter would be wise to spend his quarantine by memorizing the playbook. It isn't enough to just become familiar with each play from the small forward spot, if Porter wants a spot in the rotation when the season returns he'll have to understand each player's role on the court during each action. Defensively, daily reminders of the team's schemes, rules, and assignments through film study should sharpen his understanding.

Do that, and Porter will find himself in the rotation when the season returns. Fail to do so, and the Nuggets will likely enter an accelerated end of season and playoff without him. 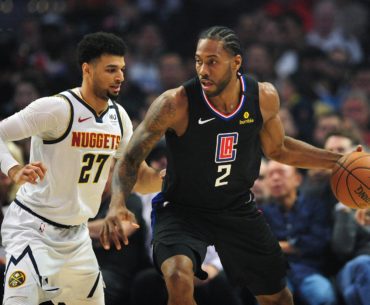 What lesson do the Nuggets need to learn to take the next step?

I think the Nuggets are in the process of learning this lesson now, the lesson being the difference in the mentality of a good team, and a great team, as it pertains to finishing games and series. The Nuggets have a lot of dog in them — they've shown us time and time again they can fight back when up against the ropes, but we're still waiting to see them strike fear in the hearts of their opponents. We're still waiting for them to put other teams in the corner, and then down on the mat. Denver can run with just about everyone, but I don't think they scare anyone.

Some of the best teams in recent history have built an identity around relentlessness, and an ability to put their feet on their opponent's necks. As any basketball fan knows, thanks to the unfathomable commitment of Chris Webber, the teams that comprise Golden State's dynasty made a habit of putting the final nail in the proverbial coffin during the third, not the fourth and final quarter. Putting the obvious talent-gap aside, The Nuggets don't have those predatory instincts. When they smell blood, they assume they've made the kill, and that's enough to satiate them. Those Warriors? It triggered a feeding frenzy, and they left no meat on the bone.

Denver should never have lost the Portland series, and sometimes I wonder if they were the last ones to know that. Yes, they struggled to guard Rodney Hood, but they also played a little scared. They seemed a little tentative. Up for the challenge, but not eager. There's a world in which the Nuggets entered that series licking their chops. Maybe, in that world, they win the series convincingly.

I think the Nuggets can be great. My read is the Nuggets believe that too. But they need to know it, and we need to see that they do.

Adam Mares, Harrison Wind, Brendan Vogt and Eric Wedum (D-Line) welcome back Jordan aficionado Patrick Finan to discuss Episodes 7 and 8 of The Last Dance, Michael Jordan’s leadership style and what else stood out from two of the most fascinating episodes of the documentary. Check out Patrick’s podcast: Movies N Shit here DON’T FORGET TO SUBSCRIBE! iTunes link | Stitcher Link | Pocket… 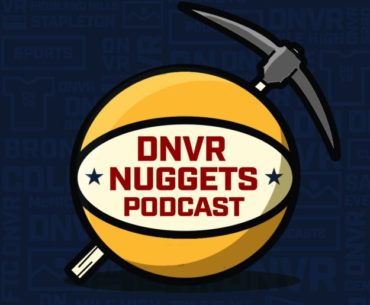 Adam Mares, Harrison Wind, Brendan Vogt and Eric Wedum (D-Line) welcome in Ryan Blackburn of Denver Stiffs to chat about Jamal Murray’s season, if he met expectations and if Denver can build a title contender with Murray as the No. 2 next to Nikola Jokic. Also, Online With D-Line and The Steps. Check out Ryan’s Podcast The Denver Stiffs Show… 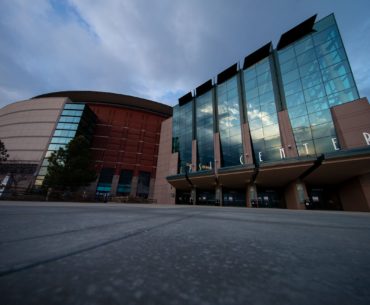 The Nuggets’ practice facility is on track to open Friday, but will players utilize it?

The Nuggets' practice facility will reopen May 8 when Denver's stay-at-home order expires but many Nuggets players currently aren't in town.

DNVR Nuggets Podcast: The best young cores in the NBA with Keith Parish

Adam Mares, Harrison Wind, Brendan Vogt and Eric Wedum (D-Line) are joined by Keith Parish of the Fastbreak Breakfast Podcast to discuss the Memphis Grizzlies’ Grit N Grind era and what if anything the Nuggets can learn from those teams. The guys also go over the best young cores in the NBA. Then, The Steps. Check out the Fastbreak Breakfast… 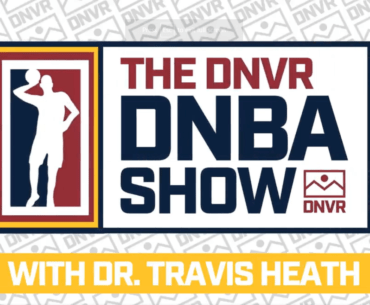 The DNBA Show: Should athletes feel obligated to speak out on social issues?

Adam Mares, Harrison Wind, Brendan Vogt and Eric Wedum (D-Line) are joined by special guest Dr. Travis Heath for a discussion around The Last Dance and how NBA players past and present deal with fame, social media and social responsibility. Then, Online With D-Line and The Steps. Want to hop on the show? You have to be a member first,…