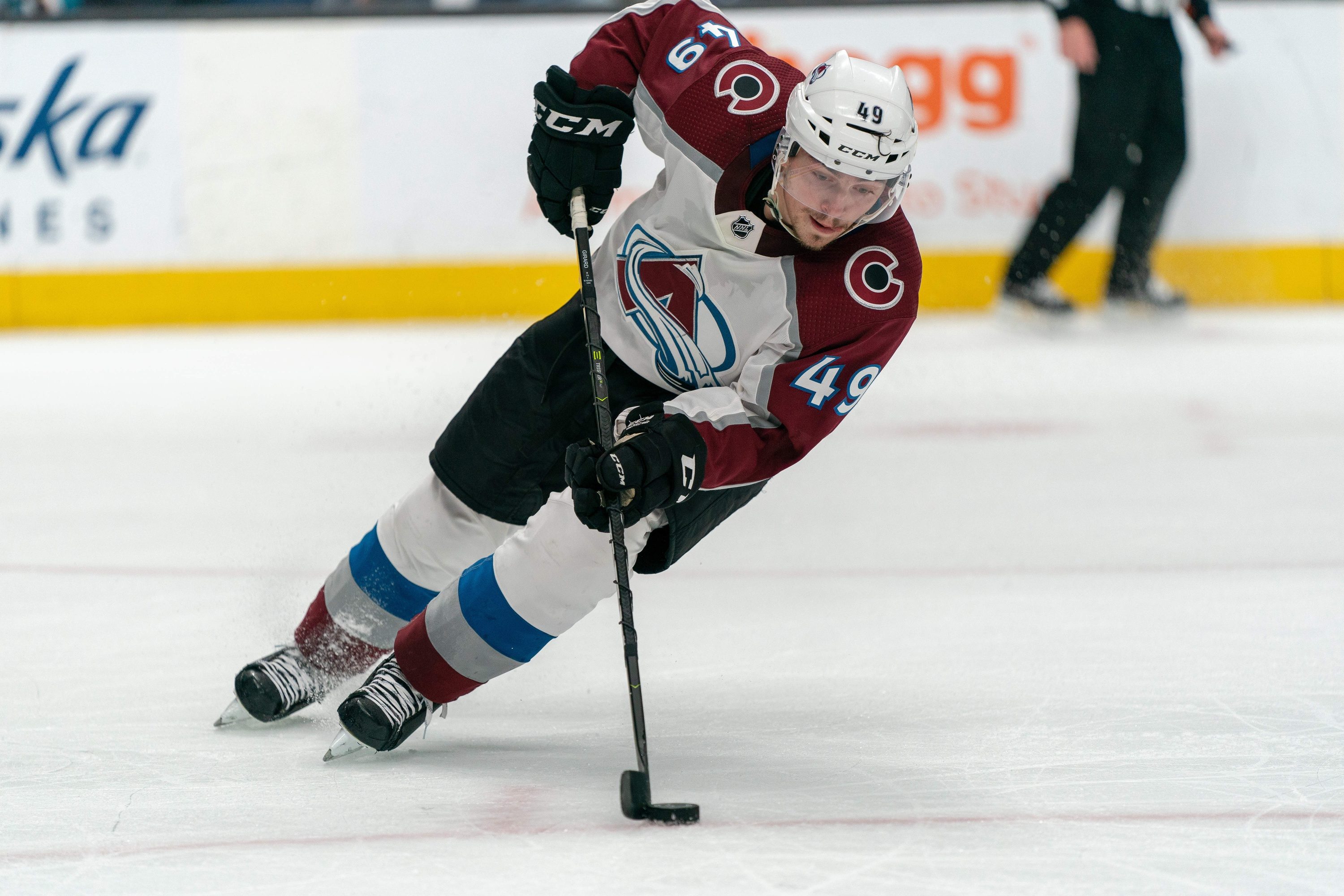 Avalanche Film Room: The Girard-Makar shift that put the NHL on notice

Back in 1970, Alvin and Heidi Toffler published “Future Shock”, a book in which the couple posited society was undergoing a significant structural change and it was overwhelming people as a result. Fun fact: The concept of information overload was soon popularized as a result of their work.

Fast forward nearly 50 years and focus on hockey instead of society as a whole, and we see something similar taking place. Despite being consistently dominated by members of the “old guard”, we’ve seen the NHL go through significant structural changes of its own in recent years. Defensemen under six feet tall have dominated the draft landscape and changed the priorities being honed in on as teams focus their attention on the ability to move pucks rather than stand in front of them.

In last night’s 4-3 win over the San Jose Sharks, the Avalanche gave the NHL a big, bright glimpse of what those changes in attitude are leading to when Cale Makar and Sam Girard shared the ice for one shift of puck-moving glory in the third period.

This isn’t anything particularly special and neither Girard nor Makar are on the ice yet but in film rooms I like to give a look at how things build in hockey. It’s always building a pyramid where you have to build the base and work up from there. In this case, the ‘base’ built was done by Colorado’s dominant top line. Gabe Landeskog and Mikko Rantanen played a two-man game while Nathan MacKinnon was getting off the ice and Carl Soderberg was replacing him.

I say this isn’t anything particularly special but Landeskog and Rantanen managed to hang on just the two of them long enough to get wholesale changes behind them. As mentioned, Soderberg was coming onto the ice and you see him in the second half of this frame. Off-screen, Tyson Barrie and Nikita Zadorov are hopping off the ice and allowing for Makar and Girard to take their turn offensively.

If anything, this is a great example of just raw good coaching. Jared Bednar and Nolan Pratt watched their top line work into the offensive zone and allow for fresh legs to continue the possession. They slipped Colorado’s second line on the ice with arguably the most dangerous offensive pairing the Avs had to offer with last night’s blueline alignment.

This clip starts with Rantanen getting the puck back to Makar, who had just jumped onto the ice. Rantanen then immediately leaves to change, following Landeskog who changed late in the first clip. Colin Wilson replaced Landeskog and Alexander Kerfoot hopped on as the last forward change.

Makar takes Rantanen’s pass and fires wide into the corner where there’s space. The puck rims around to Girard, who collects it and cycles deep down low to Soderberg. Soderberg takes on two defenders and finds Kerfoot momentarily alone. Kerfoot makes the smart play and sucks in the defenders before moving the puck back to Girard. This is when things get, as the kids say, saucy (I don’t have kids, I have no idea what they say).

From here is just a display of flat-out raw ability. Girard moves the puck to Makar, who passes it down the half-wall before getting it right back. Makar surveys his options and drops it to Girard before initiating a side-swap with Girard, allowing Makar to be ready for a one-timer should Girard choose to hit him.

Girard isn’t able to return the puck to Makar as he’s busy shaking a Sharks defender out of his skates with his patented spin move. Girard cleared enough space to continue working his way to the far side of the ice when he ultimately decides to turn back and keep the puck moving up top. All the while, keep an eye on Makar, whose hockey IQ is on full display here.

Instead of just standing still and watching, Makar is constantly adjusting his position to provide an outlet for Girard should he need it. He never just stands still and watches Girard. Nothing ultimately comes from this sequence but it was the beginning of the two-man game Girard and Makar played up high. The combination of puck skills, hockey sense, and skating ability will make this duo dangerous in the future and were on display last night during this shift.

When I say ‘space invaders’, I don’t mean the fantastic game I grew up playing. No, I mean watch how Girard and Makar throughout his clip consistently create and abuse space. Open ice is always the goal, especially against a smothering defensive club like San Jose. Part of what makes this sequence so special is the duo’s ability to be constantly in motion and still giving each other an outlet when the other has the puck.

Ultimately Makar works himself into a shooting position but it’s obvious this isn’t his most dominant trait. He still fires a bullet and then instead of admiring it, he sees the rebound kick way out and pounces on it.

This is where Makar is going to make some real good NHL players look like scrubbos from the street. He sells a fake back to his own blueline hard before exploding in his first few steps away from Timo Meier (AKA the guy taken one spot ahead of Mikko Rantanen in 2015). This won’t be the last time this shift that Meier takes a ride on the new Makar schoolbus.

After shaking Meier like a bad cold (watch the immaculate edgework), Makar cycles the puck around the horn before it ends up back up top. Makar gets the return feed and immediately gets his head up. He’s looking around the ice, considering options before deciding to put Meier on a tilt-a-whirl again as he cut inside and caused the Sharks defense to collapse on him.

While Makar’s second shot of the shift gets blocked, his creation of the shot is what really stands out here. His vision and creativity are just special and the confidence required to do that usually takes more than five NHL games. Have I mentioned this kid is special?

The rest of the shift doesn’t have anything to do with Girard or Makar but I included it because the Wilson-Soderberg-Kerfoot trio did a great job killing some time off the clock with their cycle. Given it was in the final 10 minutes of the third period and the Avs were nursing a two-goal lead, this entire shift came at a great time. The Avalanche made San Jose work hard just to exit their zone, let alone create any kind of meaningful offense the other way.

That this shift was spear-headed by the movement and skill of two 20-year-old rearguards should scare the daylights out of not only the Sharks but everybody else. This is just the beginning of seeing what kind of greatness these two can bring to the ice when paired together.

In case you want to watch the shift in all of its glory, I uploaded the entire thing to YouTube. There’s no sound (you’re welcome) so just imagine Vivaldi’s “Spring” playing when watching it. That should help. 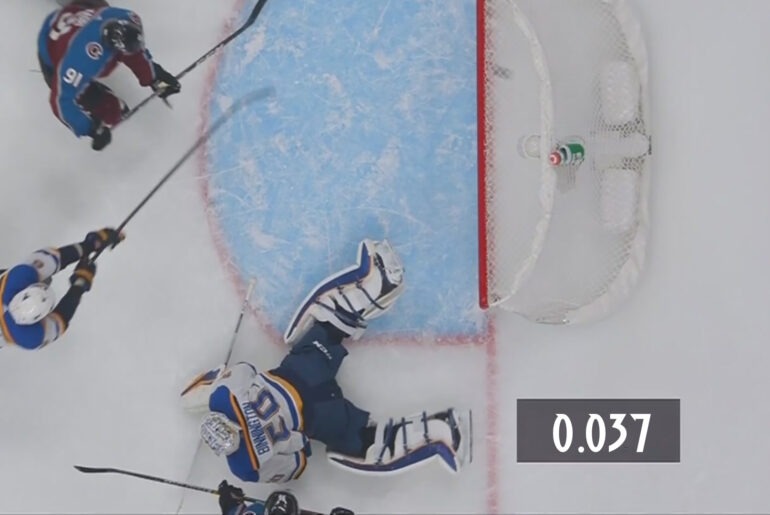 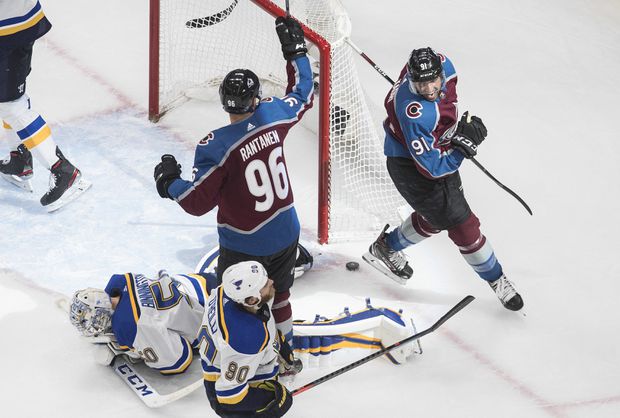 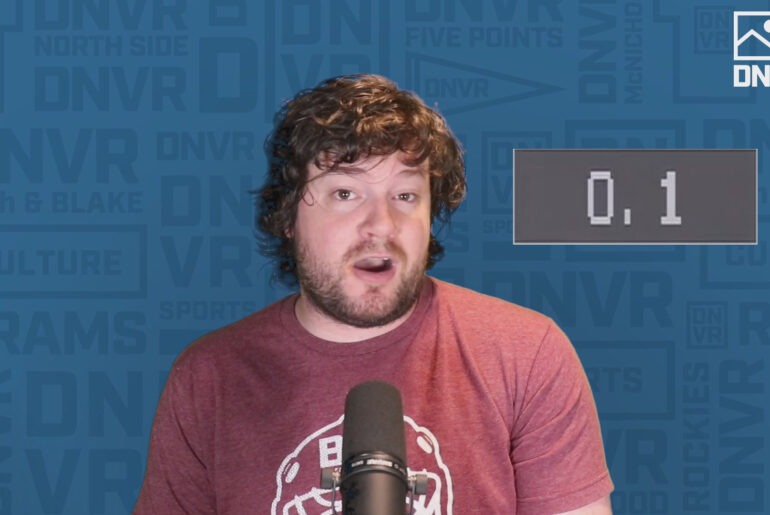