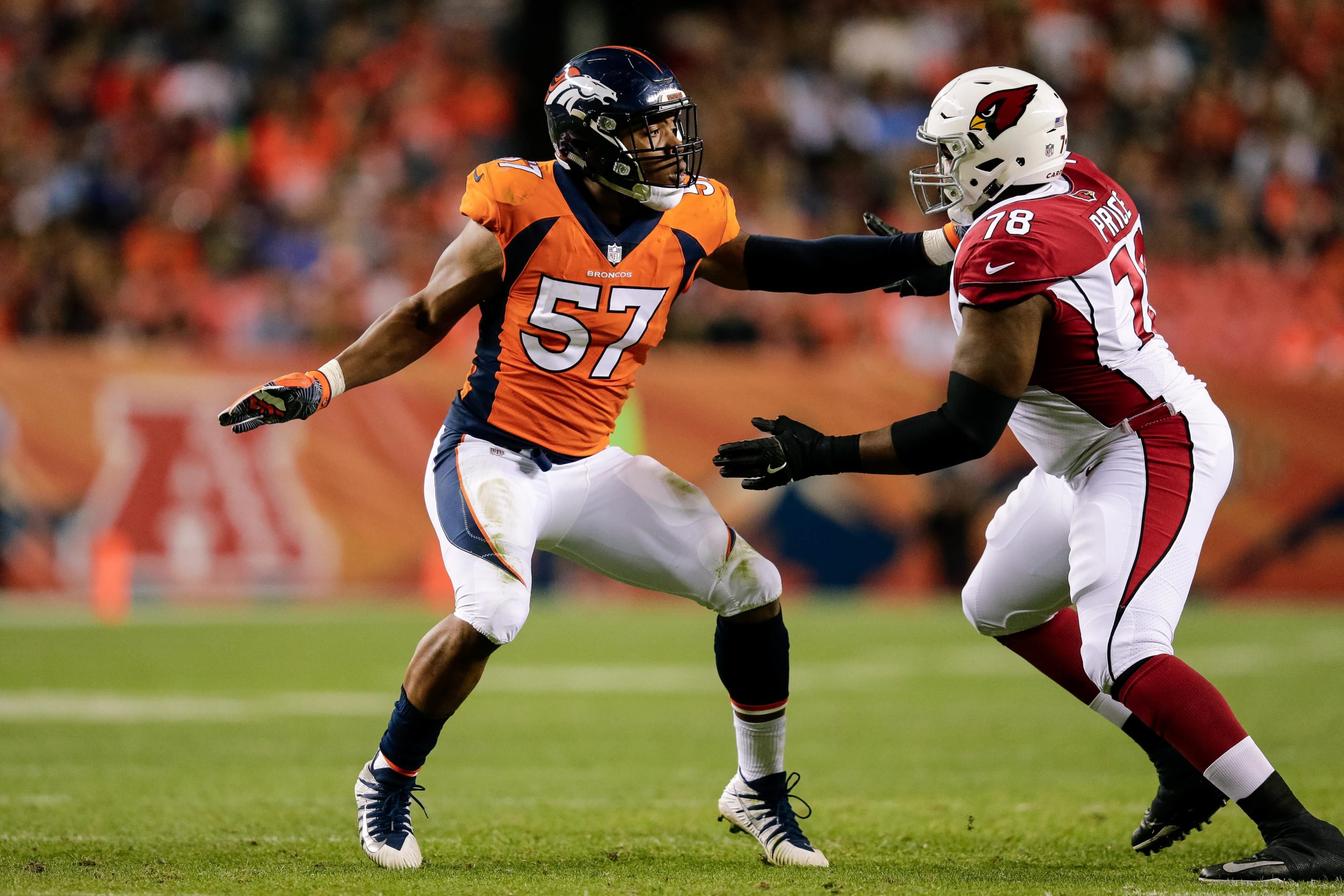 Broncos Film Room: How DeMarcus Walker can go from dud to stud

The 2017 Denver Broncos pass defense was still a top-five unit in the NFL, but there’s been something missing the past two seasons in attacking the pass up front.

Looking at the stats, one area in which Denver wasn’t a top unit was in rushing the passer, where the 33 sacks the ‘D’ generated was only 22nd best in the league. With the addition of Bradley Chubb, and more depth outside, the pass rush unit should be better on the edges, but it’s inside where there are the biggest questions regarding the defenses ability to generate pressure.

To return to the levels of Super Bowl 50 back in 2015, where the defense was dominant, the interior pass rush will need to pick it up. Last season, interior defensive lineman—for the purposes of this piece, non-edge rushers—accounted for 11 sacks. Back in 2015, the interior line accounted for 17, with Derek Wolfe and Malik Jackson alone racking up 11 sacks.

All it takes is going back to watch the AFC Championship against the New England Patriots to see the type of impact the interior rushers were having in that season on Denver’s run to the Lombardi trophy.

To get back to those levels, a few different things need to occur—which we’ll get to in a bit—but the biggest factor in Denver returning to that type of interior ferocity against the pass will be second-year player DeMarcus Walker having an impact.

Walker was incredibly productive as a pass rusher in college, totaling 45 tackles for a loss and 28.5 sacks in his career at Florida State,  and winning the award for ACC defensive player of the year as a senior.

Last season, Broncos fans didn’t see that type of player, as Walker seldom played while being miscast as an edge rusher instead of being utilized in his more natural role as an interior rusher.

Denver won’t need double digit sacks from Walker, but something in the range of 5.5 would be massive for the defense.

Here’s what needs to occur for the former Seminole star to unlock his potential, become a three-down stud, and how the defensive rotation up front as a whole can improve in creating more pressure on opposing quarterbacks next season.

Walker was drafted in the second round back in 2017 not because he’s a physical freak or because he’s a complete player who fits perfectly in a 3-4 scheme, he was taken because he had an undeniable knack for getting after the passer.

Walker has a great first step for a bigger defensive lineman and should now be playing back at 270 or even 280 pounds. If the weight gain this offseason hasn’t slowed his 4.76 speed down, he’s a pretty talented athlete vertically and can close on plays in a hurry.

He’s a real asset beating guards in one-on-one assignments as a three-technique as he’s just too fast for interior linemen to handle. His swim move is quite devastating, and he has a developing arsenal of pass rushing moves, especially if he’s managed to add strength to his frame, where his bull rush could become more of a weapon.

Walker has strong hands that allow him to stun blockers at the point of attack and free himself. Once he gets into the backfield, he’s a great closer who managed to get a high percentage of sacks for the amount of pressure he’d create.

He also had eight forced fumbles in his college career and can be a pest for quarterbacks as his strong hands also make him a strip-sack artist.

Walker remains a question mark as a true 3-4 defensive end, where his shorter frame isn’t a natural fit, but as a three-technique defensive tackle in sub packages, which use four-man fronts, he’s ideally suited.

That’s the position where the Broncos’ second-year player could really impact the game and upgrade the interior pressure in Denver immediately, even if just in sub packages spot duties.

Walker’s limitations in the run game

Walker’s biggest hurdle in becoming a three-down player and not just a pass-rushing sub-package specialist lies in his ability against the run. In his collegiate tape, where he played a good amount of the time as a 4-3 end, this is an area in which he struggled. Walker was never fast enough to close down runs to the outside and would constantly be attacked on RPO’s to his side.

Aside from his lack of lateral athleticism, he also showed a lack of strength at the point of attack and would be pushed back fairly often. It wasn’t uncommon for Walker to be the only FSU defensive lineman who was pushed five-yards downfield against the run. The former All-American can play too high and can get knocked out of plays if he’s not winning off his first step. His lack of power really stood out as even opposing tight ends could push him around when run blocking.

Both his strength and functional athleticism were a bit lacking as a college player, and it’ll be interesting to see how he plays against the ground game now that he’s bulked up and playing at 280 pounds.

Even if Walker’s playing with more power, it’s reasonable to wonder if, in a 3-4, where he’d be asked to take on more double teams, he’ll ever be a gap stuffer who can consistently stop opposing running attacks.

Given all that, Walker’s fit as a 3-4 DE is much less natural than his fit as a nickel DT, where he’d be asked to primarily operate as an interior rusher with one-gap responsibilities. When two-gapping, his lack of length can really hold him back in keeping blockers at bay to pick the right gap to plug.

Walker works off his first step, has to pick a lane and go to wreak havoc in the backfield; stuffing running lanes just isn’t his game.

That might be okay after the past two offseasons in which Denver’s developed and added more bodies to their DL rotation. Linemen like Wolfe and Adam Gotsis are strong against the run and can be relied on in base sets. Zach Kerr, Shelby Harris, and Domata Peko can also factor in as strong run defenders, meaning that even if Walker doesn’t ever blossom into a three-down terror, it’ll be fine in Denver—assuming full health from everyone.

The big priority is for Walker to do what he does best—get after the quarterback an create pressure inside.

How Walker fits into the Broncos rotation and scheme in 2018

Chubb is a huge asset in generating more pressure inside, as he can be a sub-package ace himself with a hand in the ground playing as a true end—which is exactly what he did in college.

We’ve analyzed Chubb’s ability to destroy lines on stunts going from the outside to inside and allowing him to create interior pressure. A stunt pairing of Walker and Chubb could really be tough to match up with for opposing attacks, especially when extra blockers need to be sent Von Miller’s way, forcing the two young pass rushers to be blocked by a single lineman.

The addition of Clinton McDonald should also upgrade the interior pass rush as McDonald is coming off of a five-sack season in a mostly limited role with the Tampa Bay Buccaneers. McDonald’s health this offseason’s been a bit worrisome, leading him to restructure his contract, but he could be a perfect mentor to Walker and could spot him in a rotational role, allowing the two of them to stay fresh.

Shelby Harris is the final piece to this puzzle as he, too, had 5.5 sacks last season and seems to be barely scratching the surface of his potential.

With all those pieces in a Broncos rotation and Walker playing up to his ability, the sky is the limit. If that happens, Denver might just restore the pass rush to those Super Bowl 50 level.

In the modern NFL, creating interior pressure is a must. Pocket passers like Tom Brady and Drew Brees are a big reason why but there are so many more quarterbacks who operate out the pocket and can too often step up when edge rusher come screaming off the edge.

No matter how many athletic running QBs are added to the league, winning from within the pocket is still how the NFL operates, and because of this, inside pass rushers are more valuable than ever.

This is exactly why Walker was drafted in the top 50 picks back in 2017 and why he needs to have an impact in his second season. 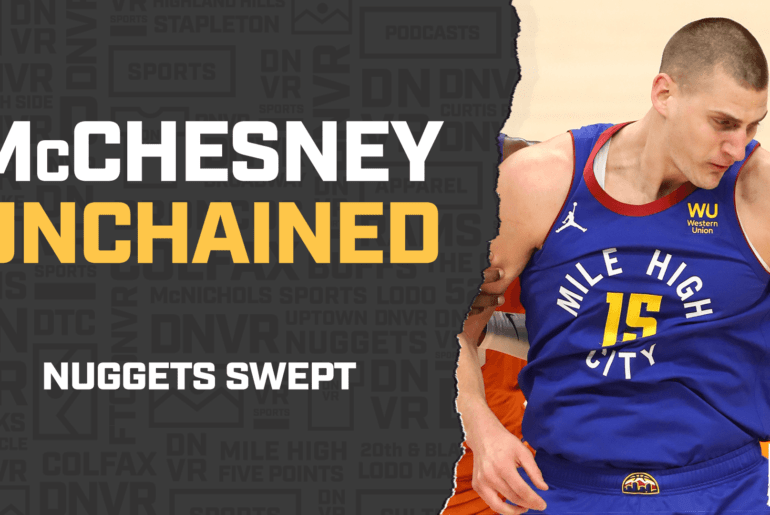