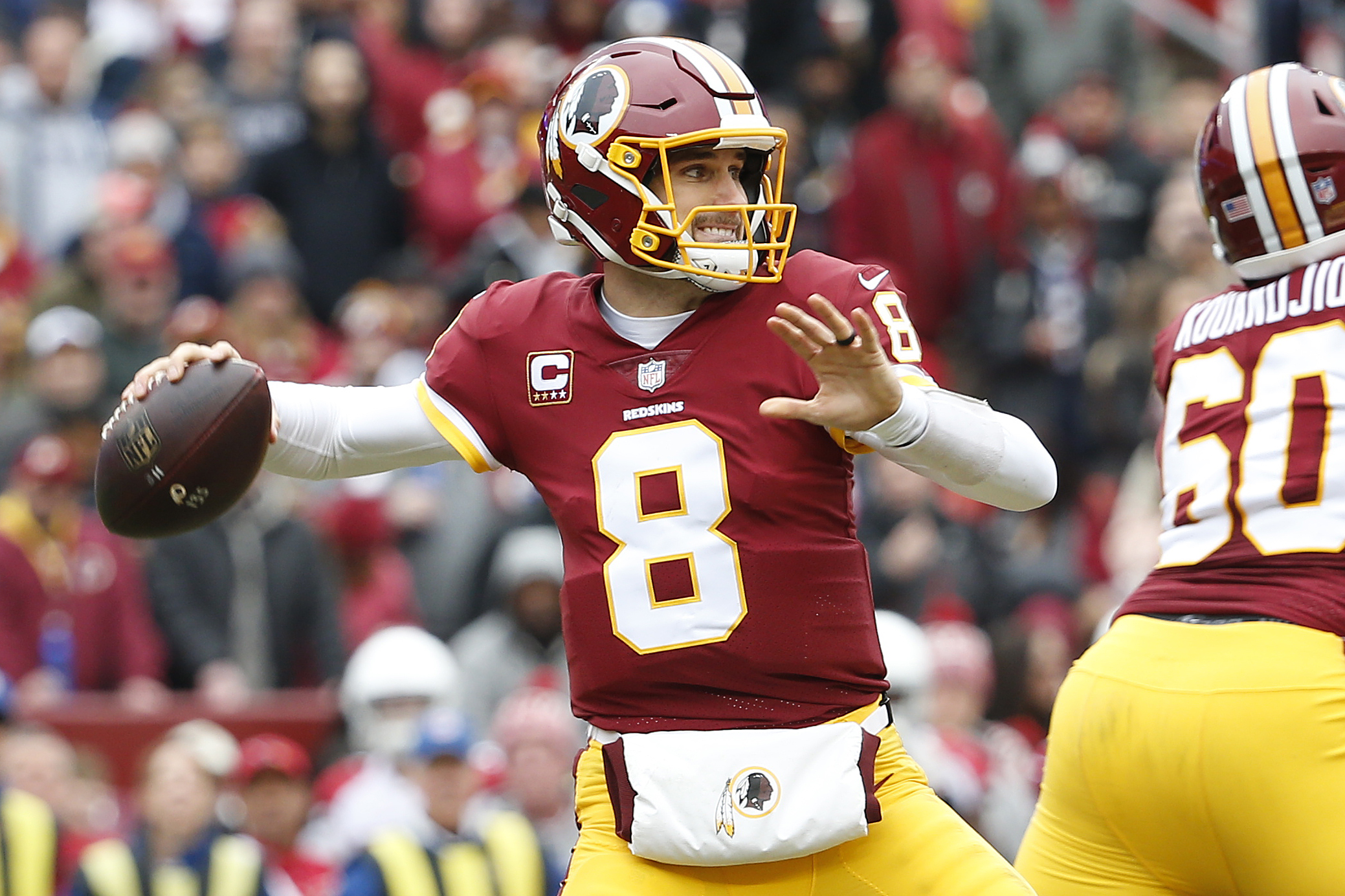 The Denver Broncos face off against the Washington Redskins’ beat up offense on Sunday. With both teams already out of the playoff race, what most people will be watching is Washington quarterback Kirk Cousins, the 2018 offseason’s potential big fish in the free agent market. Possibly the biggest quarterback to reach free agency since Peyton Manning.

Cousins isn’t “The Sheriff, ” but he’s no slouch either. He comes into this game on a “down season” with a 2.6 touchdown-to-interception ratio and 3,636 passing yards through 14 games, the type of numbers that would make any Broncos fan smile if that’s what their quarterback was doing. To put those figures in perspective, John Elway passed for more yards than Cousins currently has three times in his illustrious 16-year career, and never topped that TD-to-INT ratio.

The ball still remains in the Redskins’ court, as they could franchise the quarterback for an unprecedented third time and all this becomes mute, but make no mistake, Cousins is being watched by everyone this week with a different eye.

The Redskins signal-caller is an intriguing QB, and he’ll have a lot of the offensive burden riding on his shoulders this week against a Broncos defense that’s getting back on track.

We dove into the film on Cousins to get a better look at what to expect from him this week and to get a better idea of if he’s worth the type of contract he’ll be demanding this offseason.

As Aqib Talib told Zac Stevens, Cousins “Runs the show. He’s a real NFL quarterback.” There isn’t a much better way to describe the former Michigan State man. His high IQ and command of the playbook are easy to see, as is a certain chemistry with his receivers that allows him to throw guys open.

Cousins can tear defenses apart with quick reads and on-point ball placement. Captain Kirk is also right at home when he has to work off his secondary reads, and if all that doesn’t work, he can extend plays with his feet, making tightrope throws to the sidelines on the move.

Cousins’ best quality is his footwork, especially when he has to work around and navigate the pocket. He’s very fluid, that allows him to be accurate, even in tight windows. More importantly, it allows his placement to be consistent, a big reason why his touchdown-to-interception ratio is amongst the best in the league over the last three years, not to mention his 67-percent completion percentage in that span that is absolutely elite.

Defenses regularly attack Cousins with zone defense—mostly cover-2 and cover-3 looks—logical defenses to counter his quick-hitting accurate profile. To beat zones, you need to hang tough in the pocket and allow deep routes to develop throwing to the sidelines where you can isolate defenders. Which he can do pretty well and was doing at an elite level in 2016 when he had better receivers and protection to hit vertically.

He’s at his best countering zones with precise throws in between levels of the defense—over the linebackers and underneath the defensive backs for example—which is where his ball placement and timing can be special.

When defenses test him in man coverages, he can be lethal, especially over the middle. He’s just too quick a decision maker and has on-point ball placement that allows his receivers to gain extra yards. He maintains accuracy, even if throwing off balance, and is a bit “Brady-esque” in how he can get passes off without having to fully square his hips.

Maybe most appealing, and most important to watch on Sunday, is Cousins’ ability to avoid turnovers. He plays cleanly, and generally doesn’t take many risks. He picks his spots, and when he takes them, the ball placement is often on point or out of danger.

He does a lot of his damage deep on play action and is also helped by the YAC receivers will get off his accurate short passes. Even in a somewhat down year, his 7.8 yards per attempt are seventh in the NFL. By comparison, the Broncos are averaging 6.5.

Cousins is a fairly complete quarterback who has the means to beat both man and zone defenses. He’s a classic west coast offense QB, with a quick arm and mind.

At the same time, it’s worth wondering if he’s the product of a really nice offense that Jay Gruden’s built with an especially talented line—when healthy. Washington’s offense is creative with lots of quick hitters that’ll add to the offensive production. Receiving back Chris Thompson was fantastic in creating YAC on quick routes or screens this season, and once he went down, options became limited.

One aspect Cousins does affect beyond the system or the struggles this season is passing on third downs, where his 36-percent completion rate is actually worse than Trevor Siemian’s this season (37 percent). A big part of the problem is that Cousins has been sacked 38 times this year, 15 more than a year ago in two fewer games.

All this has created a situation where defenses aren’t threatened by Washington’s receivers as much, who aren’t stretching the field, the guys underneath aren’t getting open as quickly either, which is making every window tighter. Cousins is still finding his spots, but his job has become much tougher, and you could argue it showing that he’s a good quarterback but not a special franchise type talent.

His ball placement beyond the numbers down the sideline can be inconsistent as he’ll under-throw receivers at times.

He’s a willing runner who can make plays with his feet, but he also takes far too many hits and isn’t the safest on scrambles. For an undersized QB, he must find ways to take fewer hits.

At the end of the day, with his back against the wall when a play breaks down, Cousins’ isn’t John Elway, he won’t make that play beyond the Xs and Os. He needs a team around him and a system that suits him.

The heavy formations Bill Musgrave used while back with the Oakland Raiders with vertical concepts off of lots of play action might suit Kirk more than you think. On the personnel side, the line would have to improve as would the options over the middle of the field.

How you stop Cousins is the answer to all questions

So how do you stop Cousins? The trick with most quarterbacks that fit his profile is zoning up and forcing the quarterback to stand in the pocket to deliver precise throws on deep routes especially to the sidelines. This is where Cousins can be good, even great, but he’s not elite. He’s certainly done enough damage on such routes, though, especially when protected in the pocket and with wideouts he trusts, to put up some impressive production the past three seasons.

Surrounding Cousins with talent adequate enough for him to perform his best will be that much harder if he’s the highest paid QB in the league. The film doesn’t make the decision any easier on what to do with Captain Kirk, but it does confirm that it’s a decision worth considering. There’s no doubt about that.

How Cousins does with a still banged up offensive line against the Broncos pass rush will be a very interesting test. Who knows, Von Miller and crew might just play well enough to convince the signal-caller that Denver’s ‘D’ is one he’d like on his side. 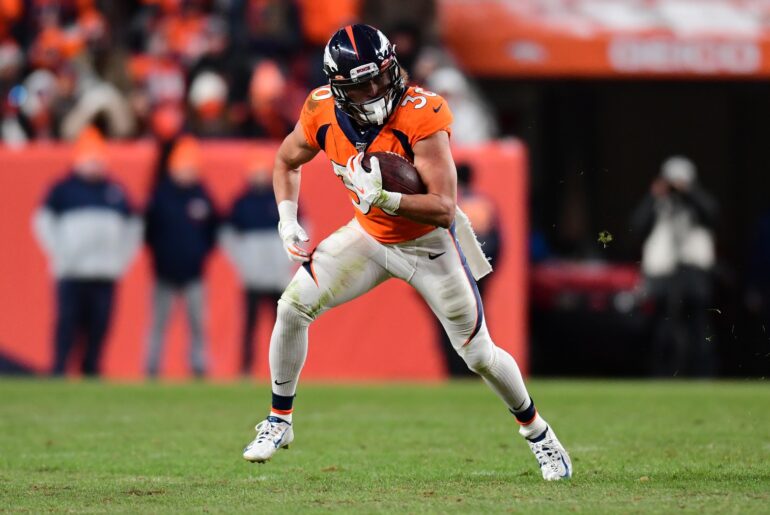 DNVR Broncos Podcast: Is K.J. Hamler a lock for the slot?

DNVR Broncos Podcast: Is Demar Dotson an upgrade from what Denver had from last year?