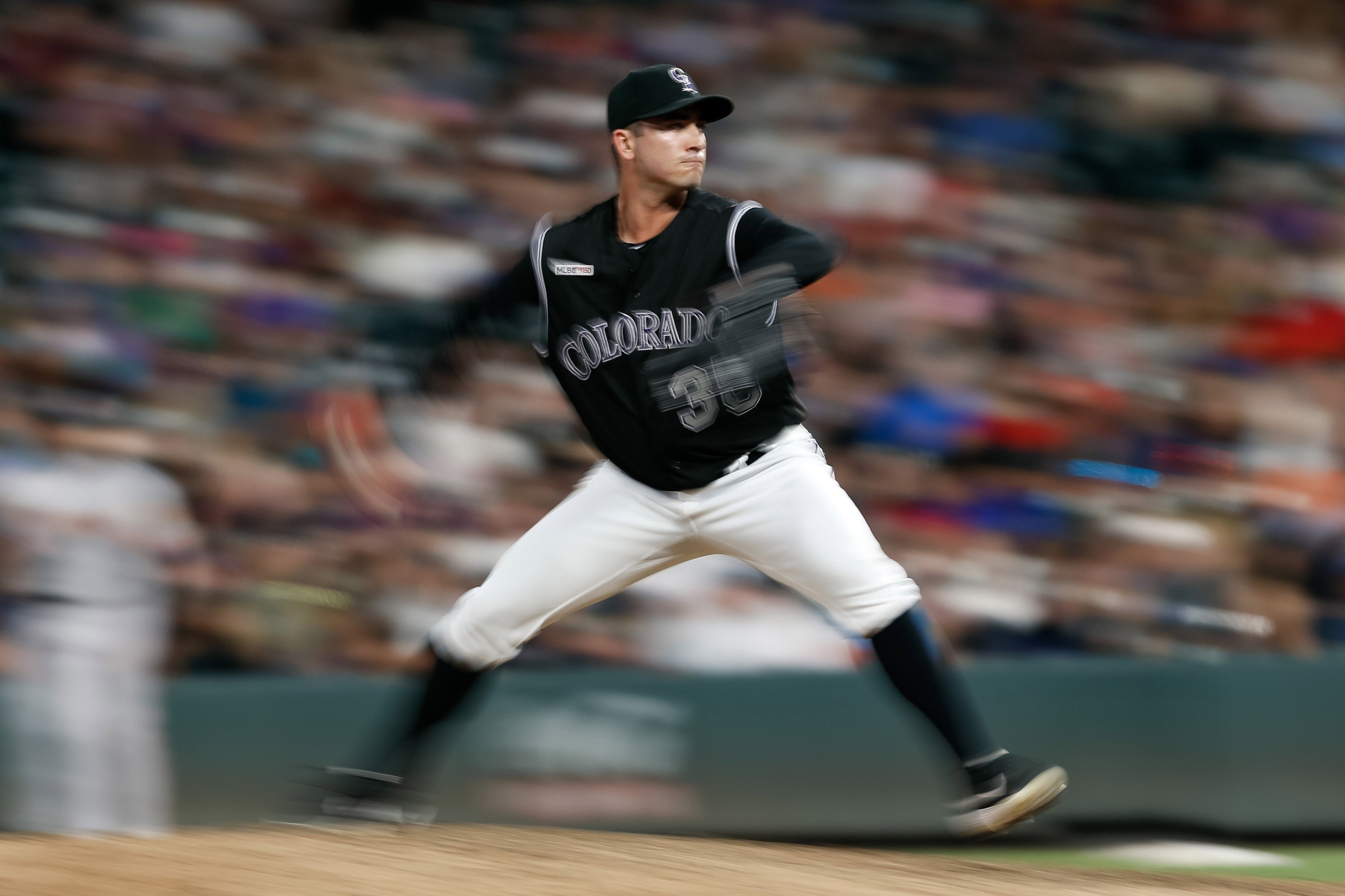 When the Colorado Rockies are at home, they have the steepest pitching challenge in all of baseball.

When the Colorado Rockies on the road, they have the steepest hitting challenge in all of baseball.

And yet, the handful of players who have been able to not only handle but conquer and master this dynamic have been overlooked and undervalued.

And Chad Bettis isn’t having it anymore.

“I would like to talk more about it because it’s something that I didn’t even realize at first,” he says. “We talk about making adjustments and there’s a long list of adjustments that everybody has to make… But we have to be the best.”

In this sport, we often talk about the five tools for position players: hitting for contact, hitting for power, speed on the bases, defense in the field, and arm strength/accuracy. It has often been said that a player’s mentality or game IQ might be the sixth tool. For this, Bettis is suggesting a specific manifestation of this all-important aspect of the game is more of an uphill battle for players who don the specific shade of purple known as PMS 2685.

“Everybody understands we play here, everybody understands it’s a Mile High, we’re not making that as an excuse,” Bettis continued. “But we have to be the best at making adjustments. And I think what I mean by that is a multitude of things. We have to be the best at switching our sights, switching the ideas of throwing hard or soft breaking pitches, maybe even not throwing pitches here, or vice versa on the road. There’s a lot of questions that come into play. What kind of adjustments need to be made to be able to be the most successful baseball team in the world? And that’s our goal, we’re not trying to not be successful.”

And it can all get really complicated. The same way fans, analysts, coaches, managers and GMs all have their own Coors Field theories, so do the players.

It can be a dizzying task to run through the handful of the things to consider.

He kept his roll going: “You start like analyzing what you’re trying to do [while also] controlling that [at-bat] to a certain extent. And those are adjustments that have to be made within split seconds, right? Do I know that I’m going to throw a hard curveball or slow curveball when I’m warming up in the bullpen, and I’m going to go face so-and-so? No. Do I even know when he puts it down for a sign? Maybe. Maybe not. At what point in time do I fully sell out for whatever that is?”

This dilemma has faced every single pitcher who has ever toed the rubber for the Rockies. It’s understood broadly that “pitching in Denver is hard” but it isn’t just the thin air and huge outfield that cause problems. In fact, those things would be much easier to mitigate if the club played every single game in a single environment, even one such as Coors Field, or one like it.

Every player in baseball at every level relies on their own internal feedback to tell them what kind of adjustments they need to make. That instinct can be thrown off wildly by the drastic changes in everything from how the body recovers to how pitches move and feel.

“We have an advantage because this is our home, we know how to play here better than you do probably,” Bettis says. “But we never recover to really gain the physical advantages of altitude training. They say you have to train here for 14 days, we are never here for 14 days.”

And much of the time, especially when visiting divisional opponents, they have to travel directly to a polar opposite locale: a sea level ballpark. And while you are dealing with all the natural effects of the plane rides in addition to the added strain of altitude, you have to prepare your mind to handle a whole new way of operating.

“You could throw a backup curveball here but you don’t know if that was going to backup on the road or not,” he says. “It very well could have but we don’t know, is the problem. So that is another adjustment you have to make. You’re not trying to create excuses, you’re trying to learn from all of the examples you have at hand, what [each] felt like because they’re best example to learn from because you can replicate feel.”

This “feel” for how your own pitches are supposed to behave is what can be so difficult to grasp onto and then hold onto for Rockies pitchers.

“If you can replicate feel, and you’re able to make quicker adjustments, you’re probably going to be able to have faster success,” says Bettis. “The more you talk about it, the more you think about it, there’s a ton of doorways that get open that you don’t have answers to.”

The 30-year-old Texan also has plenty of both sympathy and empathy for the position players that suit up in the home clubhouse 81 times a season. “And what does that look like for hitters? Right? Like breaking pitches on the road move like this,” he says as he holds his hands out wide, “Then breaking pitches at home, like this,” he concludes while shrinking the gap between his hands by half.

Perhaps the most maddening element of all of this for Bettis is that it means despite his guys being, “the ones making the most elite adjustments, we don’t get a lot of the credit [for the] guys that are extremely successful here and are due credit.”

Every Rockies fan reading this has just thought of 10 names off the top of their head. Incredible performances in just the last few years from players like Nolan Arenado and Charlie Blackmon have fallen victim to having their numbers dismissed because of their home ballpark with no consideration for the dynamic Bettis has so clearly laid out.

Of course, this extends to just about every part of the organization. From the underrating of the entire career of Jorge De La Rosa to the painful and often absurd arguments made against Larry Walker and Todd Helton for the Hall-of-Fame.

Bettis understands that people could easily take umbrage with his claim that the Rockies have to make the most elite adjustments in baseball. “I’ve never been on the other side. I don’t know. Right?” he admits.

But then an interesting thing happened. Bettis moved from his frustration over this massive puzzle to excitement over the potential to solve it. “I also don’t care to know,” he says. “I would like to say here. I’ve spent my whole career here and this is all I know. And these are the guys I know. And, you know, it’s just… it’s a shame to see some of our guys not get the credit. I think that it needs to be out there a little bit more.”

Regardless of how the outside world chooses to view his teammates, Bettis sees a bright future for Rockies’ pitching precisely because he believes they have evolved to understand the problem better than they ever have before.

Bettis has had a rollercoaster of a 2019 campaign. He left Salt River Field as the fifth man in the rotation but couldn’t find early traction and was quickly moved to the bullpen. It looked at first like he had found a new lease on life as his stuff was crisper and stronger out of the ‘pen and he made several promising appearances.

A hip injury that was worse than he initially realized derailed and ultimately ended his season. “Unfortunately I had to go through this,” he laments. “But I fully expect to be 100 percent back in nine months.”

He is currently in an unsure place, as are many who have pitched for Colorado this season. After nine years in the only franchise he has ever been a part of, it will be an uphill battle for Bettis to win a spot in Spring Training 2020.

Though, it is likely he gets a shot in spite of his numbers this year.

A big part of that will be his return to health but another will be the level of experience he brings toward solving arguably the most difficult question in baseball.

“I’ve been privileged enough to spend my whole career here so far,” says Bettis. “And it has been awesome.”

He is well aware of the “business side of baseball” but also believes that a good reason why the Rockies have often been a low-transaction team is in an attempt to attack this Coors Field Curse.

By the way, it really shouldn’t be called the “Hangover Effect” as that gives a misleading sense that the first few games of any given road trip are more apt to be an issue for Rockies’ players when the data shows that it is all games away from home that have been bitten by the curse. The Margin of Air.

“When we were staying pat there was a reason. We weren’t going to go out and get a bunch of guys because the more experience you have, the better you should be at making adjustments.”

This may frustrate some fans in Rockie Nation, but the history of Colorado Rockies shows an extraordinarily low success rate for players entering the organization from the outside and maintaining – let along improving upon – their current performance level.

“And I do think that we’re really close to being on the brink of something,” he says. “I think you start talking to people around the room,” he says specifically pointing to Jon Gray and Scott Oberg as examples of talented players who struggled with the dynamic in their first few years with it but have grown all the stronger for it.

“And yeah, we’re definitely not where we want to be this year. But at the same time, we understand where we can be still, and where we expect to be. And I think we expect to fight every day, and we expect to go out there and play our best baseball…But when things start to click, and people start rolling, it’s gonna be real interesting. That’s why, for me man, I want to be here when we win, you know? It will be a special, very special moment to me.”

Drew E. Creasman was born in Grand Junction, Colorado and currently resides in Boulder, CO. He is a full time Rockies beat writer managing editor of BSN Rockies and a member of the Baseball Writer's Association of America. Follow Drew on Twitter - @DrewCreasman 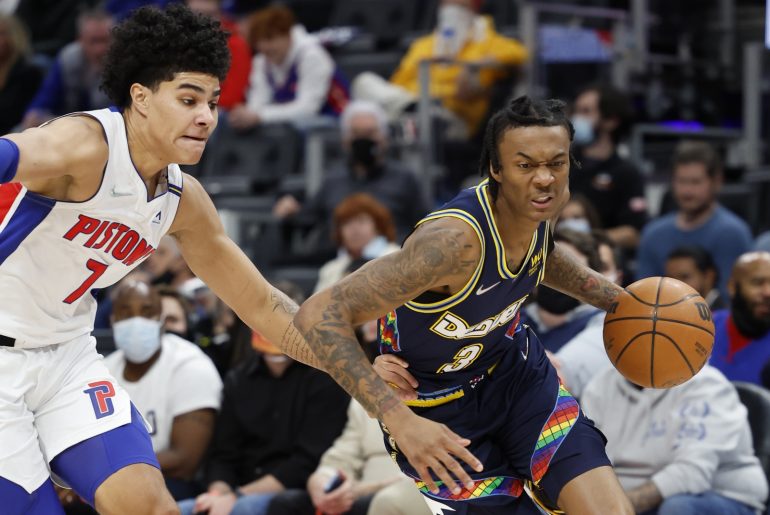 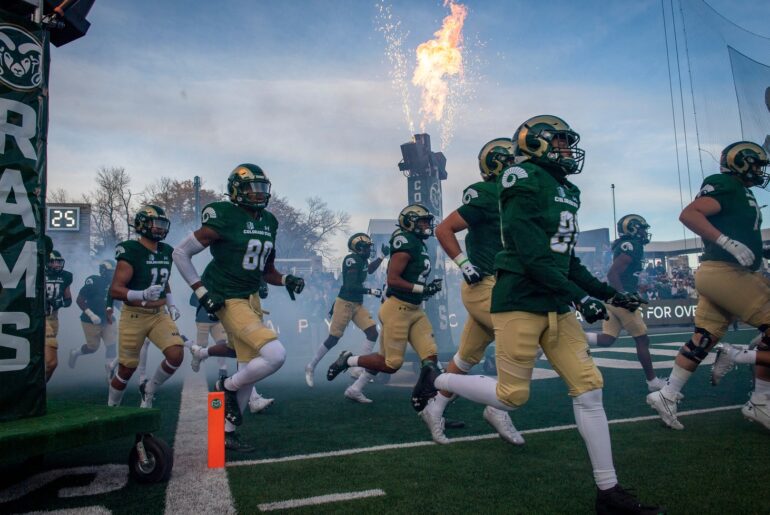