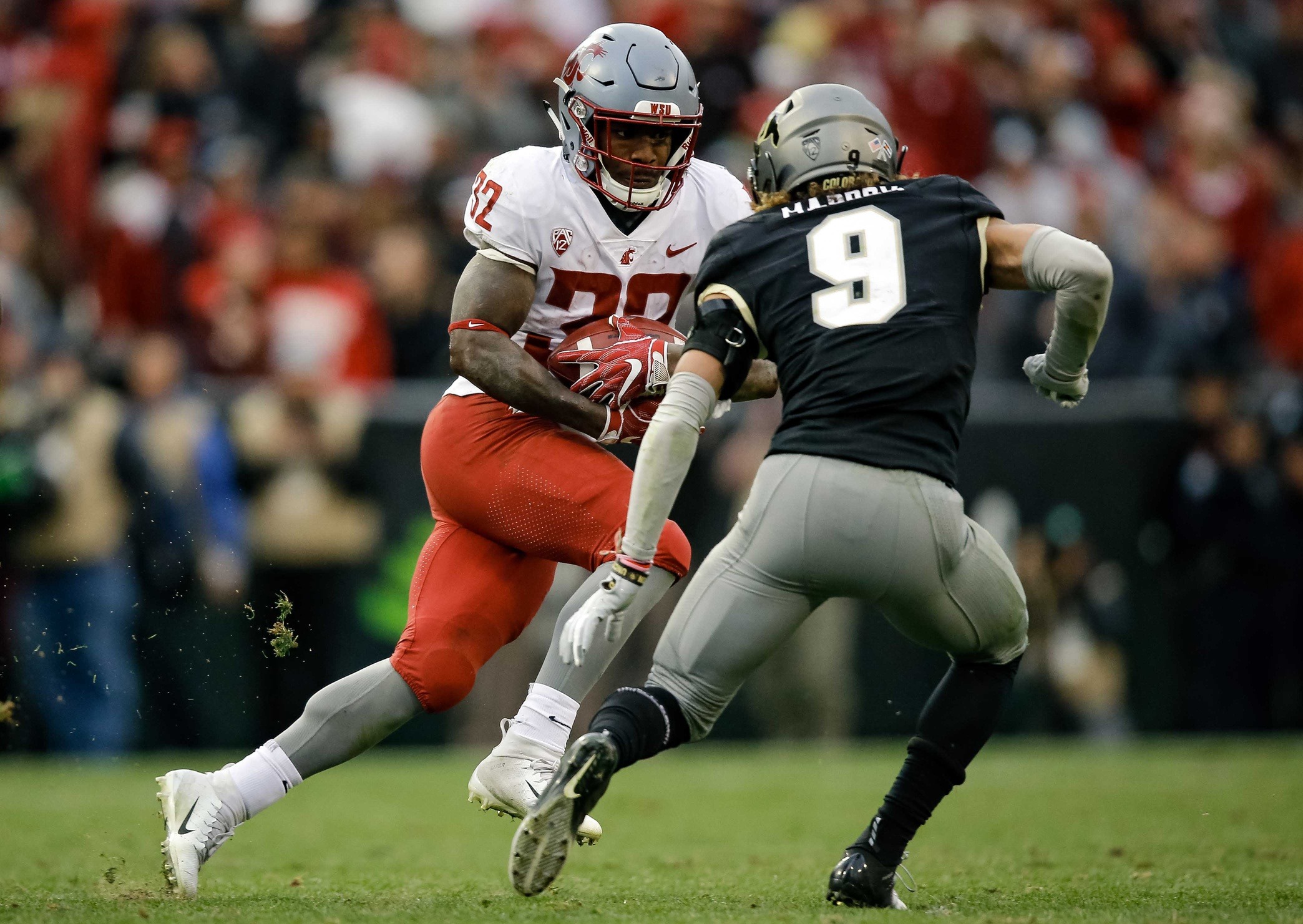 Buffs Camp Notes: Aaron Maddox has a legacy to live up to

Practice No. 8 is in the books and the first scrimmage of fall camp is scheduled for Saturday. Media won’t be allowed in, but it will be a huge day in determining who will contribute to Colorado football in 2019.

Here’s what we learned as the Buffs gear up for a big day:

There are certainly some question marks in the Buffs secondary, but junior safety Aaron Maddox is working hard to erase one of them.

“He is a very talented player,” head coach Mel Tucker said. “We’ve got to make sure he can execute. He has to be consistent but he’s got upside. I like what I have seen from him.”

Maddox missed spring camp recovering from a pair of offseason surgeries, but he bulked up and feels confident he can help hold down the backend of the Buffs’ defense. Working with Tucker, a longtime defensive backs coach, has helped.

One role that is still to be determined for the Buffs is “quarterback of the secondary.” Junior linebacker Nate Landman is calling checks and shifting the defense from the middle, but Mel Tucker wants to find a safety to fill a similar role in the secondary.

That’s some added pressure for an inexperienced safety group, but Maddox isn’t scared of the responsibility. Two of his brothers play college football; one at Vanderbilt and one at Southern Illinois. Another played basketball at Ole Miss and is now a professional overseas.

“A lot of pressure growing up, so that’s not something that really phases me too much,” Maddox said. “I love it. It makes me happy to know Coach wants to put that much pressure on me.”

The family’s athletic abilities began with Richard Maddox, Aaron’s father. The elder Maddox captained the 1992 Desert Swarm defense at Arizona. The Desert Swarm was one of the best college football defenses of the 1990s and it was anchored by Maddox and Hall of Famer Tedy Bruschi at linebacker.

The defense was nasty and physical, but the attitude wasn’t the only reason it held opponents under 10 points per game. The revolutionary Double Eagle Flex formation was virtually impenetrable.

Now, Tucker is implementing a similar combination of fire and nuance in Boulder and the younger Maddox will be a key piece.

“Once we get it all down pat, I don’t know who’s going to throw on us,” Maddox said.

But the host of successful Maddoxes aren’t the only influences on Aaron’s game. Part of the reason he chose Boulder, after attending Pima Community College in South Carolina as a freshman, was Colorado’s history of sending defensive backs to the NFL.

Maddox still studies former Buffs like Ahkello Witherspoon of the San Francisco 49ers and the Dallas Cowboys’ Chidobe Awuzie. His favorite, though, is safety Tedric Thompson of the Seattle Seahawks, a former No. 9 in Boulder himself. He envies Thompson’s understanding of the game.

“Whenever I’m home, bored and want to watch some football, I click on YouTube, type in ‘Tedric Thompson highlights’ and just watch,” Maddox said.

“I picture myself in that ‘9’ making those plays.”

Jalen Harris is excited for a pro-style offense

Over the last three seasons, the Buffs completed 18 total passes to tight ends. That’s six per season and, essentially, one in every other game.

So why would a graduate transfer tight end pick Colorado over options like Vanderbilt, Kansas State and Georgia?

“I’ve never been in a pro-style offense before and that’s what I’ll be doing in the NFL,” tight end Jalen Harris told BSN Denver. “It was a good opportunity for me to come out here and be able to perfect my craft for the next level.”

Harris, in his final year of eligibility, is the easy favorite for the Buffs’ starting tight end job. At 6-foot-4 and 255 pounds, he certainly looks the part.

But there are others in the tight ends room who should see the field for Colorado in 2019. Sophomore Brady Russell was the second tight end to see the field in the Buffs’ lone open practice of fall camp. Seniors Derrion Jones and Beau Bisharat also project as contributors.

That’s a lot of names who should split up the limited targets for tight ends, but that’s not something Harris is worried about. He says the Buffs use tight ends more than Auburn, his previous home, did over the last few years.

“I think we’re all going to get targets this year, Harris said. “We’ve all been making plays out there.”

Harris isn’t concerned with personal goals though. He understands that his strengths are on display when he blocks and that may be what the team needs him to do most.

“If we win, everybody eats,” Harris said. “So I just want to win. The rest will handle itself.”

Throughout fall camp, BSN Denver has reported the names of players who have impressed players and coaches the most so far. We’ve heard one name in particular at least a half dozen times.

The junior cornerback showed out in a huge way during the Buffs’ lone open practice and the hype surrounding him has ballooned from there.  Even Mel Tucker has mentioned his name as a surprising force in the secondary.

This time it was Aaron Maddox who named Blackmon as the Buff who’s impressed him most this fall.

“Mekhi may be a little small, but he’s working on that,” Maddox said. “At the same time, he has some of the best feet I think I’ve seen in a while. Great in man coverage. He’s extremely fast.”

Maddox is one of the fastest players on the team, but he says Mekhi is right there with him.

Jalen Harris added another name to our list of Buffs to watch in the future, and it might be one who was already on your mind: Vontae Shenault.

Shenault, the little brother of star wideout Laviska Shenault, is probably too deep on the roster to see playing time in 2019, but he’s already flashing the talent that earned over a dozen offers from schools across the Pac-12, Big 12 and Big Ten.

“It’s good to go against him every day because we’re getting each other better,” Harris said. “He’s taking major, huge strides.”

Tucker starting to see some separation

As Colorado heads into the first of two closed-doors scrimmages during fall camp, Mel Tucker says he’s starting to see some separation in some position battles.

“We’re starting to see some guys who are embracing physicality,” Tucker said.

The scrimmages will go a long way in determining who sees the field in Colorado’s season-opening matchup with the Colorado State Rams on Aug. 30. These are the only times the Buffs will play full-speed football before the start of the 2019 campaign.

The next scrimmage is set for Aug. 17 — next Saturday — which will be the 15th of 25 preseason practices. Aug. 17 will also be the last of six practices in full pads for Colorado.

“When we scrimmage that has as much weight, or more, as the practices,” Tucker said. “It’s really a time to see who can get it done, who can produce, who can handle the pressure, who can carry the teaching and coaching over to a live, game-like situation.”

While Tucker is looking for players to earn jobs, he also wants to ensure that players lower on the depth chart receive the coaching they need to keep progressing.

“We don’t want to leave anybody behind,” Tucker said. “You’re only as strong as your weakest link.”