LAS VEGAS — Terence Davis stood in front of around 50 friends and family members who had packed a hotel conference room in Southaven, Mississippi on the night of June 20 and delivered a speech that no one wanted to hear.

He wasn’t going to be among the 60 players selected in the 2019 NBA Draft like those who sat by his side throughout the five-hour ordeal had hoped. But it wasn’t because Davis, the 6-foot-4 guard out of the University of Mississippi wasn’t good enough.

Around 20 teams including Brooklyn, Golden State, Boston, Chicago, Philadelphia, Minnesota and Sacramento had shown interest in Davis in the second round and were set to offer him a two-way contract, but the 22-year-old turned down those overtures.

He didn’t want to tie himself to a contract that only allows him to spend 45 days with an NBA team and the rest of the season in the G League. Davis felt he was an NBA player and wanted to bet on himself.

“He was a little saddened that he didn’t get picked,” Davis’ father, Terence Davis Sr., told BSN Denver by phone from Southaven. “But he just went right back to work, nose to the ground. I think he felt that he’s an NBA player and just felt like he’s supposed to be on somebody’s roster.”

Davis’ message that night to those who had watched the draft with him was simple and succinct. Despite the disappointment, his story wasn’t going to end here. Davis had been overcoming adversity his entire life and this was just another roadblock on his journey.

Soon, Davis was on the phone with Nuggets president of basketball operations Tim Connelly who pitched the now-undrafted guard on joining Denver for Summer League. Davis would have the opportunity to play a leading role for the Nuggets in Las Vegas and showcase his talents in front of representatives from every team in the league who descended upon the Vegas strip for the summer showcase.

Denver knew Davis well. Nuggets manager of player personnel Scott Howard has a relationship with Davis’ college coach Kermit Davis and the Nuggets were fans of his game in the leadup to the draft.

Denver also provided Davis with a potential pathway to a full-time NBA contract even though it wasn’t likely that the Nuggets would have a roster spot available for him.

Davis and Pelicans forward Kenrich Williams share an agent, Adam Pensack of Pensack Sports, and Williams, an undrafted wing out of TCU who played Summer League with the Nuggets in 2018, was able to parlay a strong showing in Las Vegas last July into a guaranteed contract with New Orleans. Davis and his agent decided that joining the Nuggets would be the best course of action.

Davis’ roll of the dice paid off. Teams were already showing interest in signing him prior to the Nuggets’ Summer League opener but a 22-point, five-rebound performance in Denver’s first game in Las Vegas where Davis converted on 5 of 7 3s and flashed the defensive prowess that he was known for in the leadup to the draft was the icing on the cake.

Offers from around the league began to roll in. Davis evaluated his options and agreed to a two-year deal with the Raptors, who were suddenly thin on the wing after losing Kawhi Leonard and Danny Green this offseason, late Sunday night that’s fully guaranteed in year one.

“I think God knew that going undrafted would put a massive chip on my shoulder,” Davis told BSN Denver. “I’ve seen many guys be successful going undrafted and this was just going to be my path.”

Davis is a product of Southaven but spent the first five years of his life living with his mother in Cleveland, a 12,000 person city situated near the state’s border with Arkansas. In Cleveland, 25.3% of its residents live below the poverty line, according to U.S. Census data. Davis and his mother were staying in Section 8 housing.

“Where I came from, poverty, a lot of people don’t make it out from there,” said Davis. “It’s a rough area but a lot of people just stay there. It’s like they’ve bought into it and don’t leave.”

Davis could have been another statistic if not for his father, who moved him to suburban Southaven, which sits right on Mississippi’s border with Tennessee, when he was five-years-old. He eventually joined Team Thad, a Memphis AAU program founded by seven-year NBA veteran Thaddeus Young, originally from New Orleans, and traveling around the region gained Davis more exposure.

“My father is the reason why I’m here,” said Davis. “He changed everything.”

Davis’ best sport was football, not basketball. A star wide receiver, Davis received over 20 scholarship offers out of high school to only a couple basketball offers. But his love for basketball eventually caused Davis to hang up his cleats for good after high school. He also ran track, played baseball and was on the swim team in ninth grade. Davis’ best event was the backstroke.

Despite his two-sport stardom, Davis remained humble and driven. Davis Sr., who played two seasons of junior college basketball, raised his son with discipline, structure, to keep his faith in God and respect others. He responds to his coach’s instructions with “yes sir” or “no sir.”

“He would always carry a ball around, whether it was a baseball, football, or basketball,” Davis Sr. said. “I always told him I don’t care how big of a stage sports put you on, but you’re going to remain humble. If you get a big head you’re going to fail.”

After a four-year career at Mississippi, Davis played well at the Portsmouth Invitational in April, a pre-draft tournament for college seniors. He made the All-Tournament team but wasn’t granted a spot in the G League Elite camp, a three-day event in May where draft prospects showcase their skills in front of NBA and G League scouts, coaches and front-office executives.

After Pensack spent days petitioning event directors to let Davis in, he was eventually given the final entry. He shined in workouts over the next week and got an invite to the NBA Combine where he again was one of the top players at the event.

“All of that, from where I grew up, to not getting the G League camp invite, it put a chip on my shoulder,” Davis said. “It fueled my fire.”

The adversity he faced on his road to the NBA was worth it. Davis signed a contract with Toronto that will pay him more than several players who were picked in the second round and those who agreed to two-way deals prior to the draft.

In Toronto, he joins a roster where his teammates have faced similar obstacles on their paths to the NBA. Fred VanVleet went undrafted in 2016 and like Davis stood up in front of loved ones and broke the news that he wasn’t going to be among the 60 players selected. VanVleet also declined offers that would have put him in the G League for only $20K per year.

“I bet on myself,” VanVleet said that night. “…My story doesn’t end here. It’s just the beginning. It wouldn’t make sense for my story if I did get picked. I’ve been against the odds my whole life and it’s not going to stop now.”

Next season, VanVleet and Davis could play in the Raptors’ backcourt alongside one another.

“I’ve been overcoming adversity all my life,” Davis said. “I always knew I’d have to to make it. I didn’t have any other choice.” 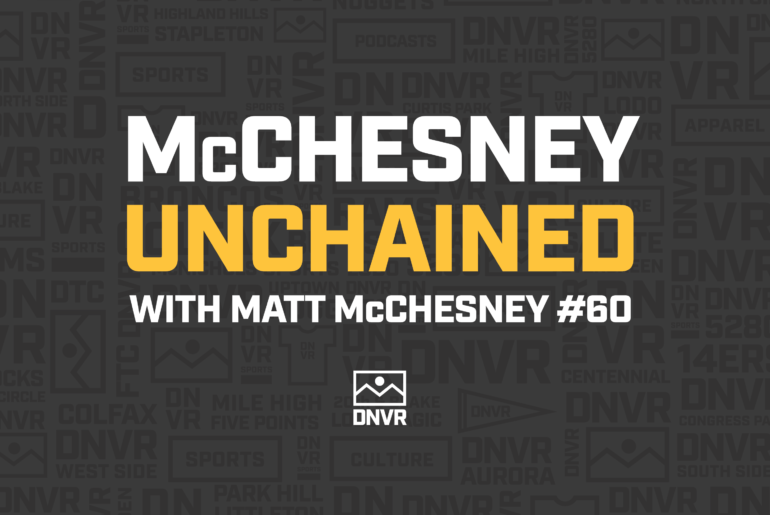 McChesney Unchained: The return of sports