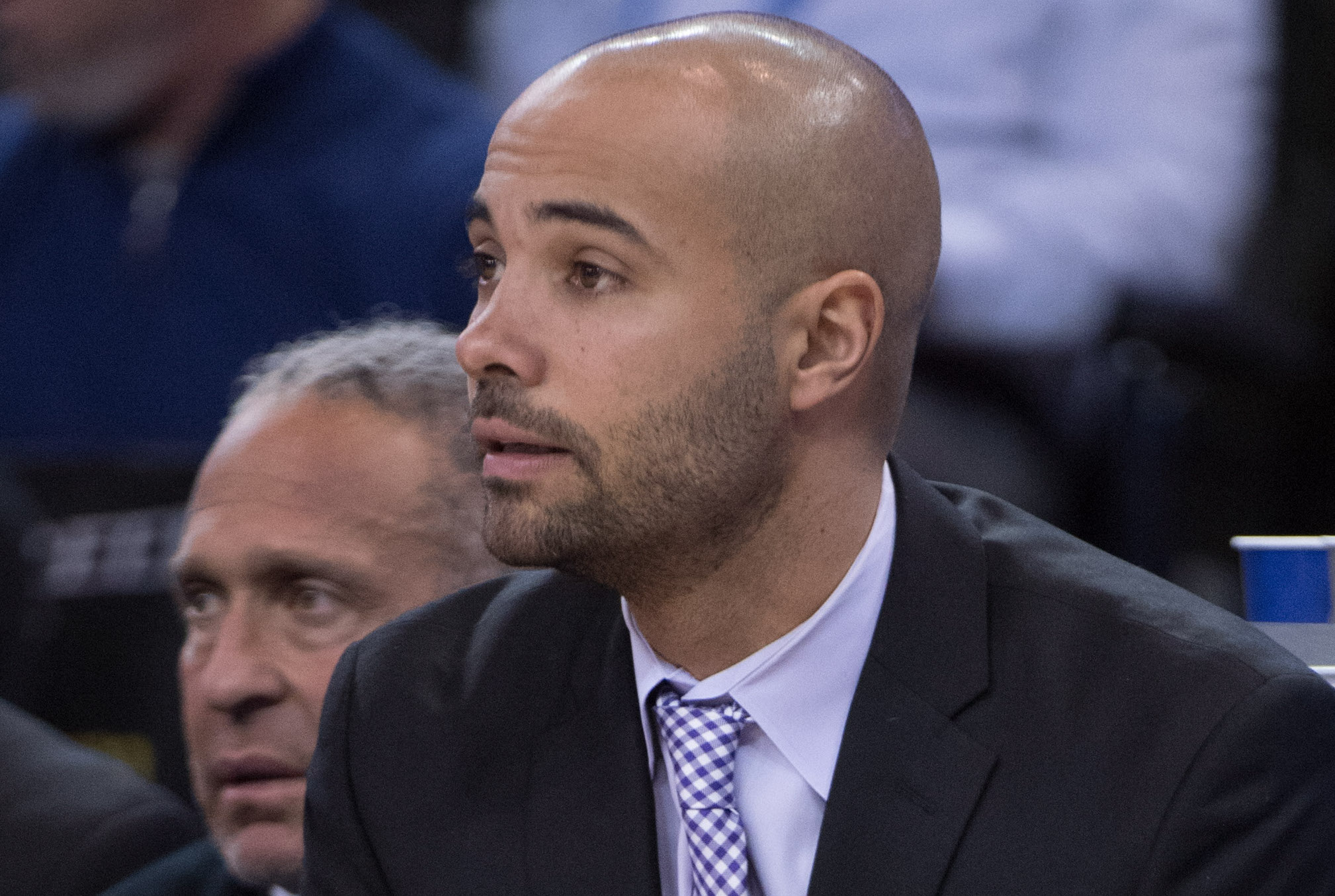 From working out Kyrie Irving to Brazilian excursions with Anderson Varejao: Nuggets assistant Jordi Fernandez reflects on coaching career that began with Cavs

Jordi Fernandez knew Kyrie Irving was different from the minute he stepped on the hardwood with the talented point guard prospect in 2011.

The Cavs held the No. 1 pick that summer and had narrowed their focus to Irving, the talented lead ball handler out of Duke who had his lone college season cut short due to a toe injury. Weeks before the Cavs made Irving the first overall pick and five years before Irving’s clutch three-pointer clinched Cleveland’s first championship in franchise history, the point guard had to show Cavs’ officials that he was worthy of the draft’s top selection. Fernandez, who was a player development coach for Cleveland at the time, was his competition, defending Irving 1-on-1 throughout his pre-draft workout and pushing him through drills.

“I knew he’d be special,” Fernandez told BSN Denver. “He was unbelievable in the workout even though he was coming off an injury.”

Fernandez worked in a player development capacity with Cleveland from 2009-13. There, he tutored Irving, Tristan Thompson, Dion Waiters, Matthew Dellavedova and others. Fernandez eventually rose to the head coaching position of the Cavs’ G League affiliate, the Canton Charge, before taking an assistant coaching job with the Nuggets in 2016.

Fernandez returns to his old stomping grounds Thursday, as the Cavs host the Nuggets, reminded of his past and the lessons he’s learned along the way that have helped fuel his rise among the coaching ranks.

“I grew so much in Cleveland and in the G League,” Fernandez said. “That’s why I got the job here.

Fernandez’s winding path to a seat two chairs down from Michael Malone on the Nuggets’ bench started in Cleveland but began years prior back home in Badalona, Spain, a basketball breeding ground where both Ricky Rubio and Rudy Fernandez (no relation) starred for DKV Joventut in the country’s renowned ACB League.

Fernandez played the game throughout his childhood but was drawn to coaching. After finishing his degree, he relocated to Norway where he became a university professor. While working towards his PhD, which Fernandez jokes he’ll finish when he gets fired from his current job, he coached at Impact Basketball in Las Vegas during the summers. There he met former Cavs coach Mike Brown while working with Brown’s son Elijah. Brown was impressed with the young player development coach, and Fernandez joined the Cavs soon after.

Nearly a decade later, Fernandez is recognized around the league as an up-and-coming assistant. He was referenced in ESPN’s annual report on potential coaching candidates to watch in April, along with Nuggets’ assistant David Adelman. Players up and down the Nuggets’ roster, including those who played under Fernandez when he coached the Nuggets at Summer League in July, speak highly of Denver’s assistant.

“He’s an all about business guy,” said Monte Morris, “He doesn’t take no mess at all.”

In the G League and with the Nuggets this summer, Fernandez gained valuable experience as a head coach putting together game plans and making substitutions on the fly. He feels that it was an important step for him in his career, which he hopes will eventually wind up at the head of an NBA bench.

“Being a head coach, you don’t know what it is until you do it,” Fernandez said. “Even though the level is different, it’s the same. You call timeouts, play different lineups, figure it out and make mistakes. And I think it’s super valuable. Now you see a lot of former G League coaches who are coaches in the NBA.”

Fernandez’s background in academia provides him with a unique perspective on coaching. His college degree is in sports sciences, and Fernandez is one completed academic article away from his PhD in sports psychology. He’s extensively studied and researched the observation of human behavior. In 2009, co-authored an academic article titled Identifying and analyzing the construction and effectiveness of offensive plays in basketball by using systematic observation.

He says his academic background can be applied to coaching.

“You can try to study patterns of conduct,” he explained. “Players passing the ball, areas of the floor, finishing around the basket.”

Fernandez’s roots as a player development coach made him a natural fit for Malone’s staff in Denver. Malone knew Fernandez from when the Nuggets’ coach was an assistant in Cleveland, and Fernandez’s history working with younger players aligned with Denver’s roster, which was and still is among the youngest in the league.

Fernandez has grown close with Juancho Hernangomez, who he also coached on the Spanish National Team. When he was with the Cavs, Fernandez took trips to Brazil during the offseason to work out Anderson Varejao.

Varejao, along with Irving, Waiters, Dellavedova and most of the players Fernandez worked with throughout his time with the Cavs organization are no longer with the team. But returning to Cleveland gives Fernandez an opportunity to reflect on where he’s been and where he still wants to go in his coaching career.

Harrison Wind is the Denver Nuggets beat reporter for DNVR Nuggets. The University of Colorado alum grew up in Boulder and has covered the Nuggets for the last three seasons. You can hear him every weekday on the DNVR Nuggets podcast. Follow Harrison on Twitter - @HarrisonWind 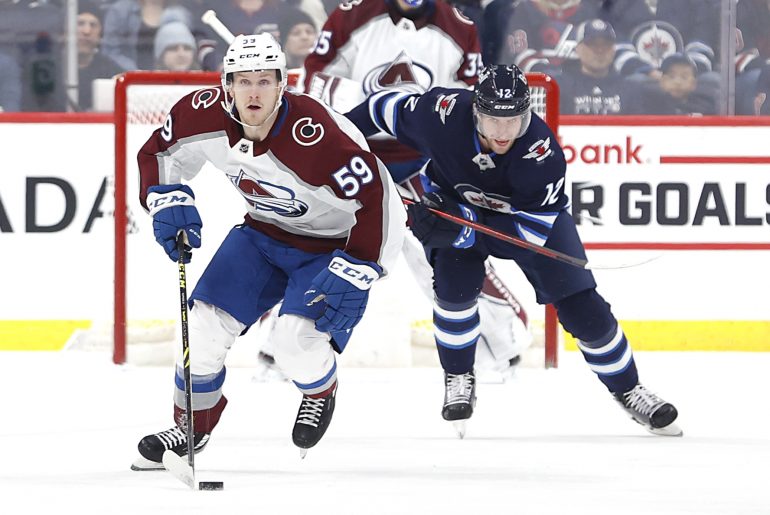 Before player movement changes the NHL’s landscape, should the Avs look inward first? 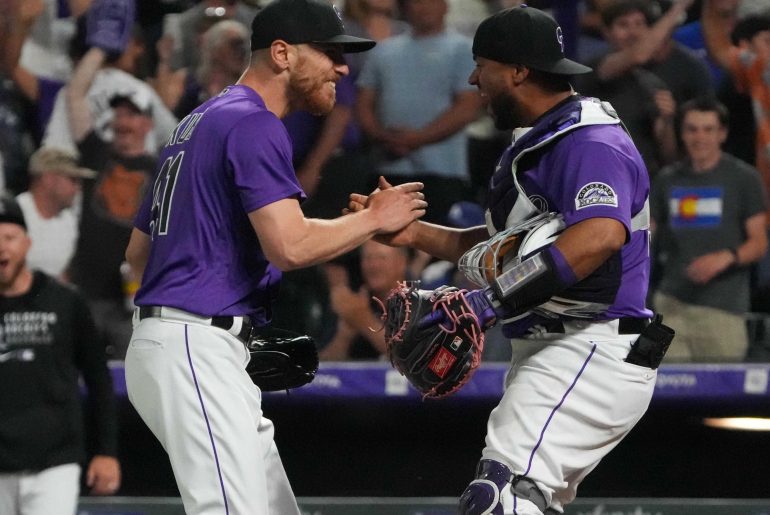 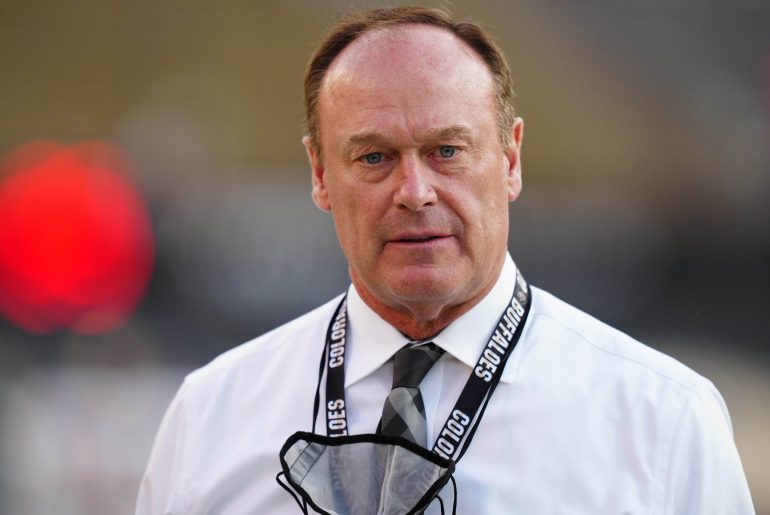 What’s the next move for Colorado after USC and UCLA jumped ship?