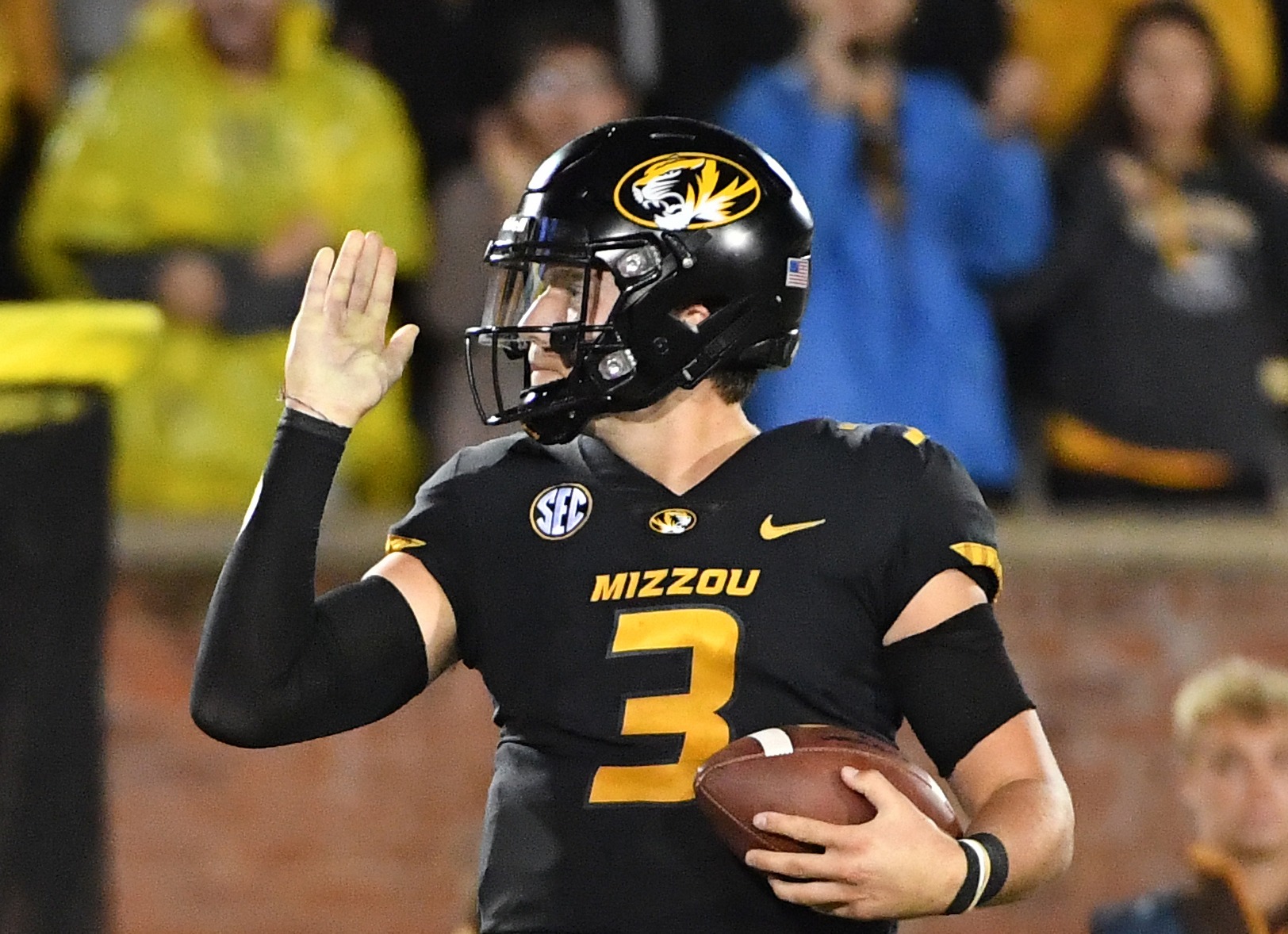 Here’s the thing about Drew Lock

ENGLEWOOD, Colo. — In Columbia, Missouri, they call it a “True Son.”

The term is reserved for the most pure-bred Missouri Tigers, for those who were born in Missouri, grew up as fans and attended the university.

Andrew Steven Lock, or Drew as we now know him, was the truest of True Sons. Born in Columbia with a dad and a grandfather who suited up for the Tigers back in their day. A legacy of the highest order. A Simone Award winner, which honors the best high school football player in Kansas City. The top recruit in the state. A U.S. Army All-American and an Elite 11 quarterback who chose Mizzou over offers from Ohio State, Tennessee and Texas, among many others.

Hometown hero is almost too light of a term for what Drew Lock was to Columbia.

But when you think of a hometown hero, you think of the All-American boy. The guy who says and does all the right things. He’s kissing babies and shaking hands at the local grocery store. He’s presidential.

Make no mistake, Drew has all of that on lock. He’s got the million-dollar smile and the press conference savvy; he comes from a family that looks like they’d be undefeated on the volleyball court at the Fourth of July barbecue.

But there’s something else burning inside of the Denver Broncos man of the future, and it’s why he’s chomping at the bit to go to the Darkside.

Missouri’s Anakin has a little bit of Darth in him, and now that he’s in Denver, he can finally unleash it. You see, all those folks in Columbia, who have loved Drew Lock for years and fly the Missouri Tigers flag on Saturdays switch that flag out for a Kansas City Chiefs one on Sundays.

“I’ve been the good guy my whole life,” Lock said with a smirk. “Now I can finally be the bad guy.”

Most wouldn’t be so eager to flip, but to understand why Drew Lock is, we have to go back to his days at Lee’s Summit High School.

“He was not a trouble maker,” Lock’s mom, Laura, told BSN Denver. “Super good kid, always wanted to please, very empathetic. His chippiness didn’t start until probably his junior year when he got a little swag to him.”

It all started with Lock’s first love, basketball.

“When he was young and playing AAU ball, he would be in some tough environments,” dad explained.

“Those boys are always at each other’s ears,” said mom with an eye-roll.

“He’d be in some really physical, tough environments,” dad added. “And he either had to start getting a little chippy and a little talky and fight back, or he was going to go sit on the bench. He learned how to not only be physical, but he talks as good a game as anybody. Ever. He does. You’ll see it, man.”

“I think he realized the power of getting in people’s heads a little bit, getting them out of their game,” Andy Lock explained. “And he was really good at doing it. He’d even start talking to the crowds.”

It all came to a head in a game against Liberty High School, about 30 miles North of Lock’s Lee’s Summit High.

The student section at Liberty pushes right up against the court, and on this night, it was packed. They were primed and ready to get after Drew Lock.

On the first possession of the game, though, Lock pulled up from long range.

“He turns right around, and they’re chirpin’ at him and chantin’ at him,” dad said in a Missourian accent with a slight southern twang.

It was nothing but fuel to Lock’s fire.

A few possessions later, he took another step behind the line and closer to the students who were all but literally at his throat.

Now he was letting them know about it.

Eventually, Lock pulled up from as close to his new friends as he possibly could.

“He was almost out of bounds,” Mr. Lock said, with a whisper of disbelief. “He’s standing right next to the fans, shooting it.”

“I remember right where I was sitting and watching him do that,” pops recalled. “That’s when I thought, ‘Man, there’s something to that, because if he’s not talking in that game, he’s not hitting all of those shots. His focus is just different when it gets to that point. It inspired him. It made him play better by doing that, so he just kept doing it. It’s just a snowball effect.”

Some people just have that. And when they do, you just have to let them do their thing.

“He eventually just took it to the football field as well, and you know what? I’m okay with it,” she said, knowing it was an unexpected statement. “I like that part of him. I like that swag to him.”

With the 42nd pick in the 2019 NFL Draft, The Broncos got themselves one of those guys. The guy that you absolutely love to be on your sideline and absolutely can’t stand when they’re on the other side.

Can’t you just see it now?

At the stadium he grew up in, in front of thousands of red-clad fans who used to adore him, Drew Lock is in Orange & Blue, doing the tomahawk chop in the visitor’s endzone, staring into the crowd as boos and beers rain down from the stands.

“I’m going to carry that with me into this league,” he said. “There’s no reason to stop being like that. I think it also gets the guys around you fired up. I think it lets you see the passion that I have in my soul for this game. I’ll definitely keep that coming.”

The AFC West saw the birth of a superhero right before their eyes last season in Patrick Mahomes. Drew Lock is here to be that story’s supervillain. 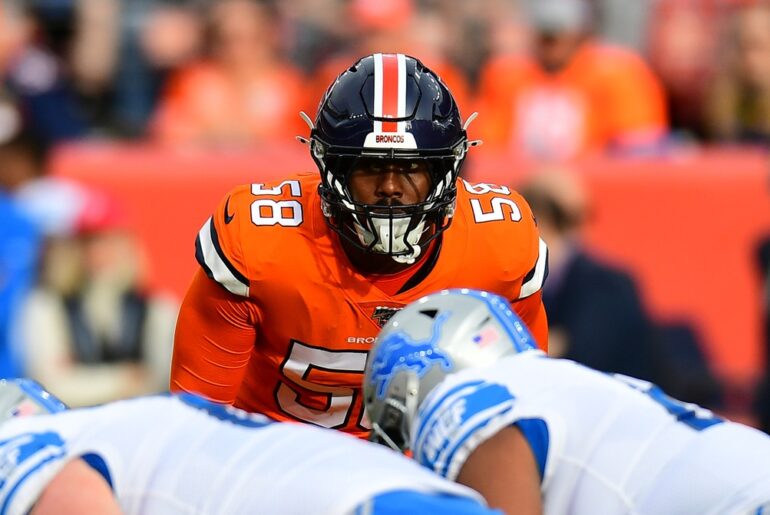 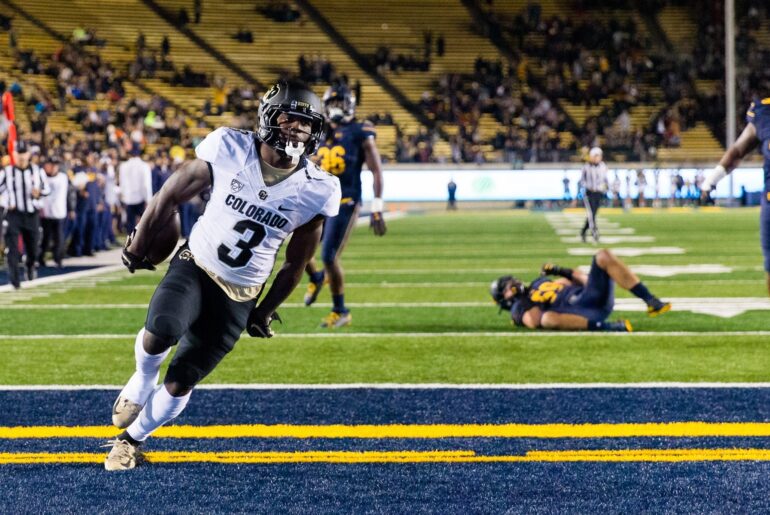 What does K.D. Nixon have planned for 2020? “I would rather show you than tell you.” 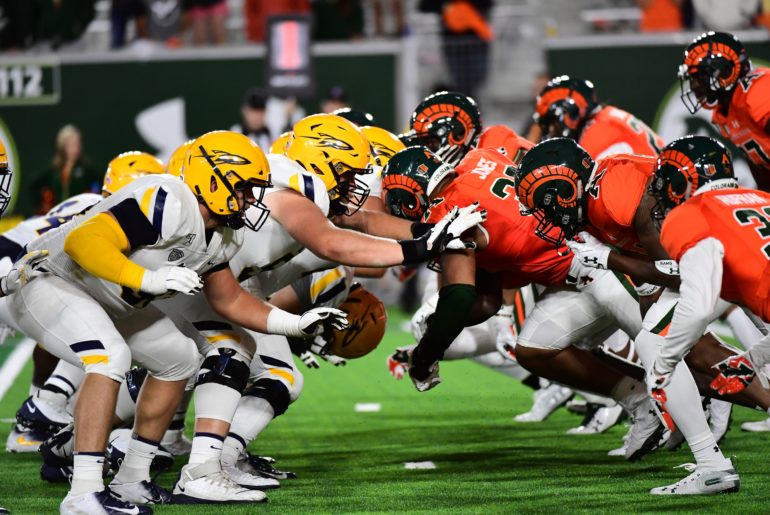 Rams Notebook: Joe Parker’s thoughts on the 2020 season, COVID-19 procedures, and the We Are United movement