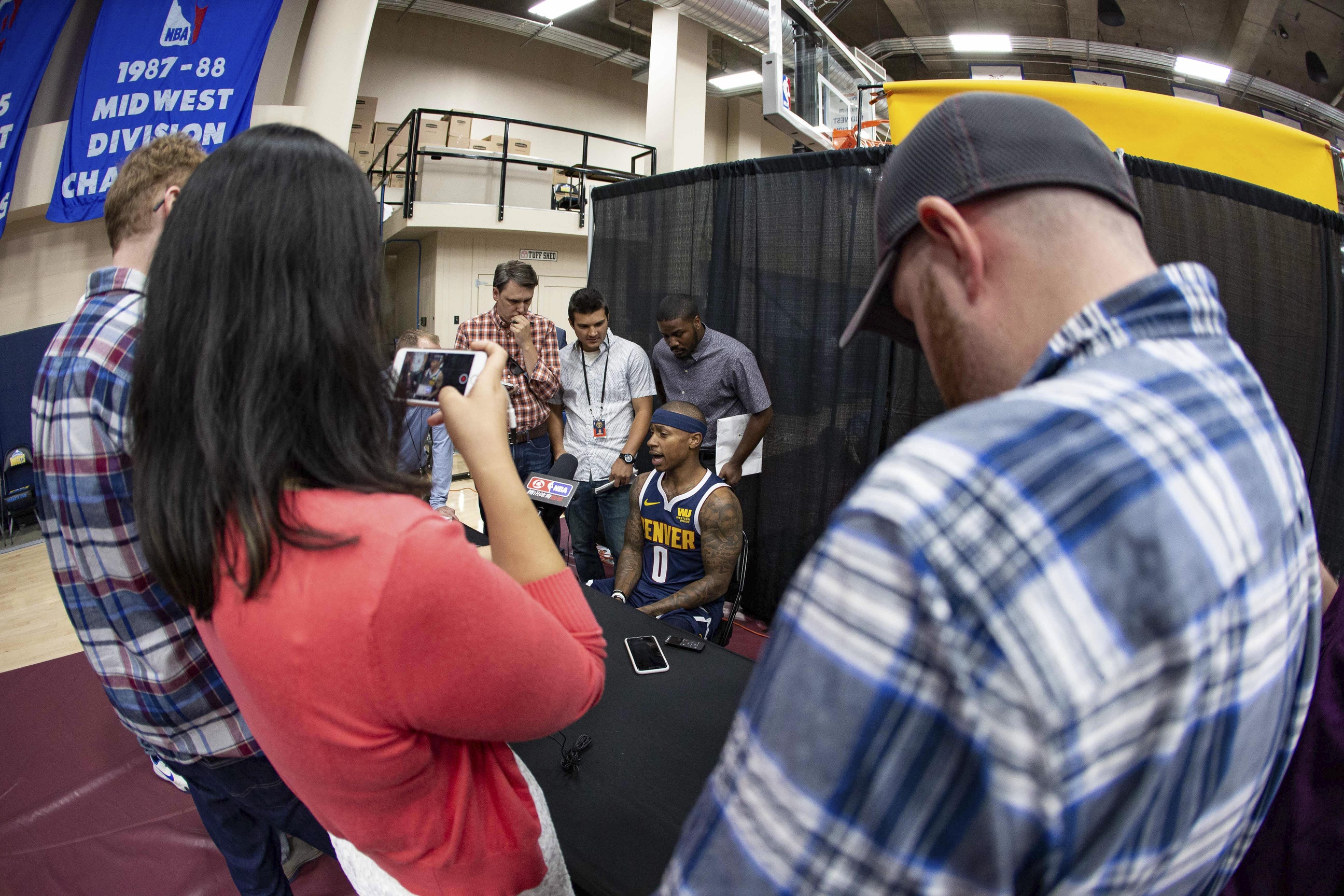 Michael Malone had gotten used to the humdrum. The offices the Nuggets’ coaching staff inhabit are just down the hall from the team’s locker room. Last season, Malone’s crew didn’t have much noise to contend with as they planned a practice or strategized for a game.

“Maybe some music,” Malone said. “But you didn’t ever hear chatter.”

But last week, Malone noticed a shift. Malone heard shouting instead of the faint thumping of a bass. He walked into the Nuggets’ locker room to investigate. As he suspected, Isaiah Thomas was inside egging teammates on.

“Every day last week there was a full on argument where I had to see what was going on,” Malone said. “Right in the middle of it was Isaiah Thomas. They were talking about Magic Johnson, what kind of impact he’d have on today’s game? Klay Thompson, would he be a big-time scorer if he wasn’t on Golden State?”