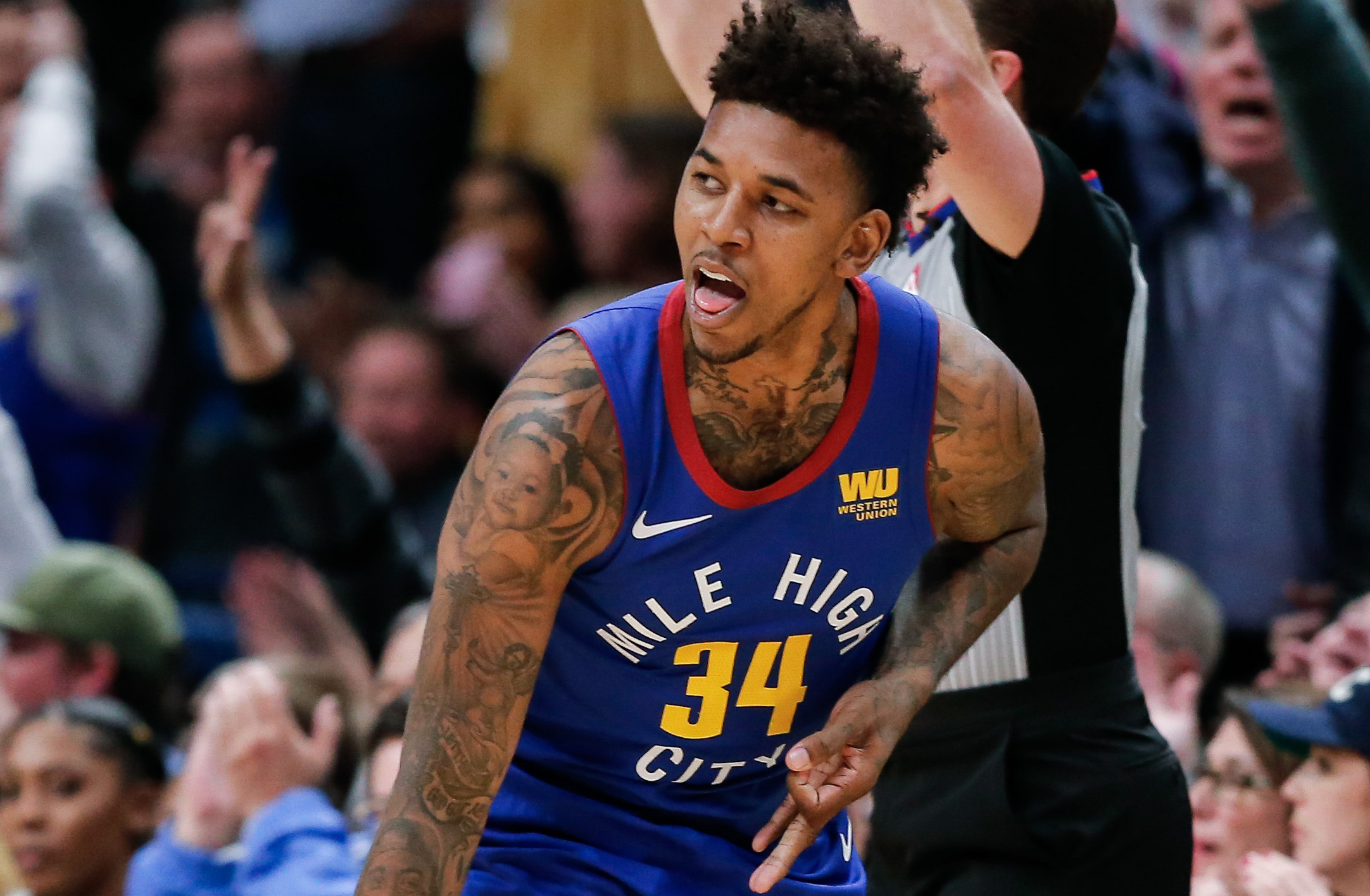 Six nuggets for each point Nick Young scored in his Denver debut, a 109-98 win over the Oklahoma City Thunder on Friday.

1. I’m not sure in what instance Pepsi Center got louder: When it had a chance at free Chik-Fil-A when the Thunder were in danger of missing consecutive free throws? Or was it when Swaggy P pump faked, put it on the floor and drilled the 3 that pushed Denver’s lead to nine and forced Billy Donovan to call timeout in the fourth quarter?

“It felt good to see the ball go in the hole, to go from watching cartoons with the family to hitting 3s in the game,” Young said.

Pepsi Center embraced Denver’s newest addition like he was The King playing The Ed Sullivan Show. Their welcome was more than warm; it bordered on hysterical. “I’m like Elvis Presley out here,” Young said. “I’m Swaggy Presley.”

Young, who was signed Monday using the injury hardship relief exception, scored six points in his Nuggets debut. He hit a pair of 3s in nine minutes of floor time. The roof to the Pepsi Center nearly blew off following the second one. Nuggets fans went nuts, and so did the players.

“That’s what I love about our team,” Nuggets coach Michael Malone said. “Such a selfless group. Here’s a guy that got here on Sunday. He goes out there tonight, has a little bit of success and everybody on the team is up and rooting for him and cheering for him. I love that about our team: How much we care about each other and how much we root for each other.”

The Nuggets are a tight-knit bunch. That camaraderie, that closeness has helped them weather injuries to three starters — Will Barton, Gary Harris and Paul Millsap. They’re at the top of the Western Conference and this week have beaten two teams in playoff position even though more than 50 percent of their payroll is on the sidelines in street clothes.

“The way they share the ball and get along, it’s hard to find that in the NBA sometimes,” Young said. “The winning teams figure it out.”

2. The Nuggets have asked two of their better defenders to step up while they’re in a pinch. Earlier this week versus Memphis, Malone inserted Torrey Craig and Mason Plumlee into the starting lineup to support Jamal Murray, Juancho Hernangomez and Nikola Jokic. That fivesome struggled to score the basketball against the Grizzlies, but it was much better Friday. Craig, who’d made just eight 3s all season entering the game, hit three 3s in the first quarter alone. The Nuggets hit seven as a team and raced out to a 39-32 lead.