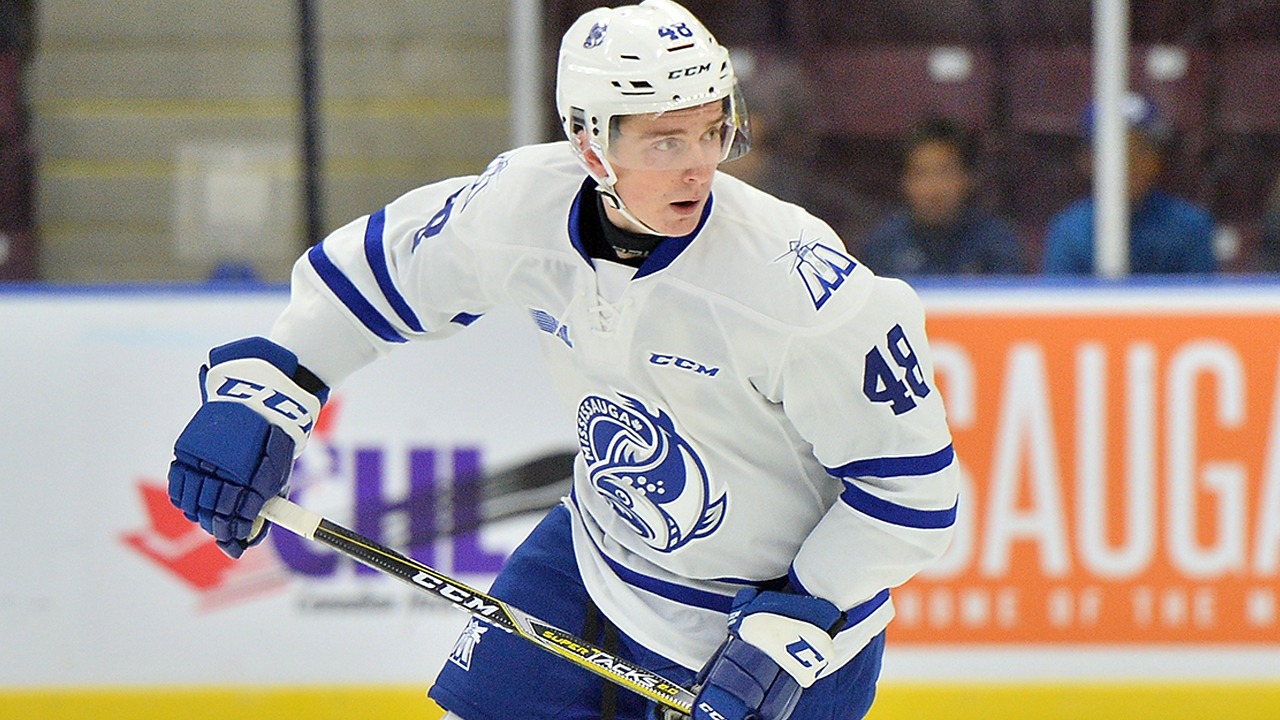 Harley will need some time to iron out the defensive wrinkles and continue to get stronger. He has the potential to develop into a strong offensive defenceman, quarterbacking a power play and playing big minutes for his NHL team if he can hit his ceiling. While certainly not a sure thing, there is a chance he could become a top pairing defender in his prime. Harley’s game and style show similarities to Thomas Chabot but this is not a comparison based on skill or ability.

Harley combines great size with good skating to create a dynamic presence along the blue line. He’s not an explosive skater who will teleport behind opponents but he can push the pace when he needs to. He’s very good in transition and when he’s pushing the play up the ice he’s at his offensive best.

I don’t love his decision making in the offensive zone but he’s come such a long way from the start of this season to the end of the year that there’s plenty of reason to believe he’s very much on the uptick. He’s on the Nic Hague development track right now and Hague has turned out pretty well so far so call me a believer in Harley.

That said, I’m not seeing the top-15 level of hype being attached to him. I think he’s more of a late-first kind of player but I do like the upside. His combination of size, skating, and skill definitely make it easy to believe he could be a special player in the NHL. His defense has a long way to go before it becomes a strength but the rapid improvements he’s made this year shade me towards optimism that it’ll work out his way.

Harley would be an interesting fit in that whoever they draft this year is likely to lead the next wave of Avs defensive prospects. Harley is a guy Colorado could let develop and take their time with because there’s absolutely no rush to get him to Denver with a pretty full blue line the next couple of years. Harley’s offensive flair and work-in-progress defense make him less than ideal fit for Colorado’s future blue line but you can never have too many talented puck movers in this NHL. At 16, they could certainly do worse than Harley but he really wouldn’t fill a major need.