In a new series at DNVR, former Denver Bronco and CU Buff Matt McChesney gets on the whiteboard to show you what exactly was the turning point for the Denver Broncos in their most recent game, good or bad. This week, Matt dives into four plays that illuminate the Broncos’ issues on both sides of the ball. Play 1: https://youtu.be/azxNz3Q9IM4…

McChesney Unchained: A Crazy World we Live in

Matt McChesney is joined by Shane Mammen of Return on Investment Training from Six Zero Academy! From COVID to pineapple on pizza, the guys give their uncensored take on sports and the world around us. Matt and Shane break down the current state of college football, The NFL, and how things could look in the future.

McChesney Unchained: The return of sports

Matt McChesney is joined by Shane Mammana of ROI (Return on Investment Training) as the fellas get into the NFL, College Football and upcoming NBA season. The guys also talk about all that’s going on in the world and how it’s affecting the return of sports and the impact on our society. Follow the show and Matt on Twitter @DNVRUnChained… 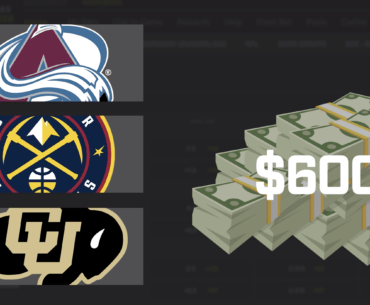 Ryan Koenigsberg breaks down everything you need to know about parlays! Presented by @DKSportsbook https://youtu.be/dCVZ-HTA65g

Matt McChesney is joined by former Colorado football and Broncos leaders in Ryan Harris, Dr. Michael Jones and Billy Turner. Matt has some profound and honest conversations with his guests about the state of the country, it’s relation to sports, and racial injustice. Follow the show and Matt on Twitter @DNVRUnChained and @SixZeroAcademy. DON’T FORGET TO SUBSCRIBE ON ONE OF…

Coming to you from his home, Matt McChesney gets you all caught up in the football world during this odd time. Matt also catches up with Tampa Bay Buccaneers stud center, Ryan Jensen on life with Tom Brady and a whole lot more. Follow the show and Matt on Twitter @DNVRUnChained and @SixZeroAcademy. DON’T FORGET TO SUBSCRIBE ON ONE OF… 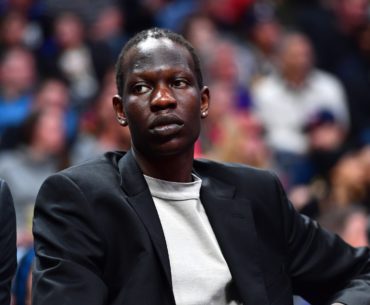 Which under-the-radar Nuggets player are you buying stock in for next season?

There really aren't any great answers to this question, in part because there aren't a lot of players who qualify as being "under-the-radar." I am skeptical that Bol Bol can become an impact player as early as next season, especially now that a large portion of his first offseason will take place under unique circumstances. This summer was going to be a big one for Bol. His first summer league, his first offseason working out with the Denver Nuggets coaching staff, his first offseason where his focus can be entirely on adding strength and conditioning.

All of that is gone now. What remains is the raw talent that made Bol one of the top prospects in the world just 12 months ago. A 7'2 frame, a silky jump shot, a surprising handle and the coordination of a player that is 6 inches shorter.  Those talents will be useful the moment Bol is able to figure out the NBA game and meet the expectations of the coaching staff.

Then there is the question of what the roster might look like. A huge reduction in the league's salary cap might create a bunch of curveballs to Denver's roster construction going forward. It can be assumed that at least one of Mason Plumlee or Paul Millsap would not return next season. The plans to re-sign Jerami Grant are still intact but he will be a popular free agent this summer. Have those plans changed now that the league is in flux? There is at least a scenario in which the Nuggets need Bol to play at least some minutes next season?

Coming to you from his home, Matt McChesney talks NFL Free Agency, the Denver Broncos and much more in a unique episode where Matt leaves no stones unturned. Follow the show and Matt on Twitter @DNVRUnChained and @SixZeroAcademy. DON’T FORGET TO SUBSCRIBE ON ONE OF THE APPS! iTunes link  – Google Link – Pocket Casts Link – Spotify Link

Matt McChesney is joined by CU legend Bobby Pesavento from Six Zero Academy. The guys go over the state of the Buffs, the new proposed CBA and much more Broncos and NFL talk. Follow the show and Matt on Twitter @DNVRUnChained and @SixZeroAcademy. DON’T FORGET TO SUBSCRIBE ON ONE OF THE APPS! iTunes link  – Google Link – Pocket Casts Link… 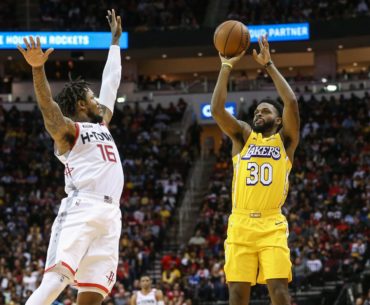 I watched all 112 of Troy Daniels’ 3-point attempts this season, here’s what I learned

How Troy Daniels, a type of 3-point specialist that the Nuggets have never had in Denver under Michael Malone, can help the Nuggets. 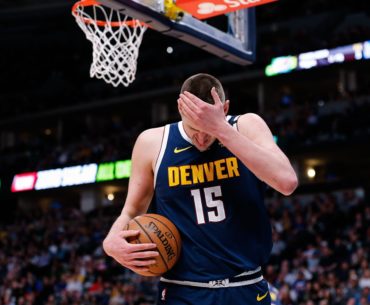 These alarming trends continue to plague the Nuggets as Denver falls to another sub.-500 team

Is another loss to a sub-.500 team a cause for concern, or should the Nuggets be more alarmed by their other post-All-Star break symptoms?

Matt McChesney goes over Karl Dorrell’s hire as the new coach at Colorado and how the staff he’s put together is turning out to be an upgrade over what the Buffs had with Mel Tucker. All that plus Matt’s thoughts on the Combine, Broncos, NFL free agency and much more. Follow the show and Matt on Twitter @DNVRUnChained and @SixZeroAcademy.… 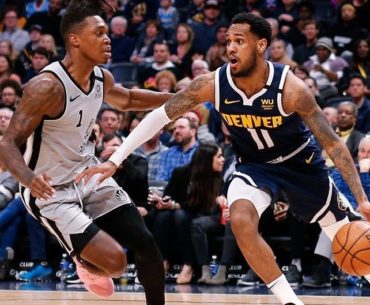 In the final 30 seconds of the first and third quarters over the last two seasons, Monte Morris has been automatic. 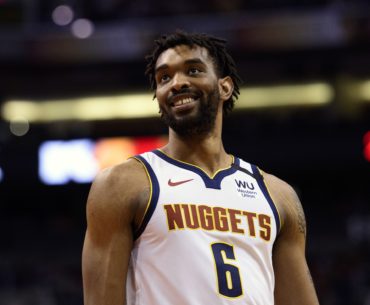 “That’s what the teams that win do”: Nuggets newcomers getting accustomed to Denver’s championship mentality

Before their first game with Denver after the trade deadline, Keita Bates-Diop, Noah Vonleh and Jordan McRae all went through a crash course in proper Nuggets bench etiquette. It was one of their first tastes of the championship culture the Nuggets have been establishing all season.

Matt McChesney goes over Mel Tucker’s decision to leave Colorado for Michigan State. Matt addresses a variety of topics including what the Buffs should do next, what this means to his recruits, the constant hypocrisy of college football and much more. Follow the show and Matt on Twitter @DNVRUnChained and @SixZeroAcademy. DON’T FORGET TO SUBSCRIBE ON ONE OF THE APPS!…

McChesney Unchained: The State of the Buffs with Justin Adams

Matt McChesney is joined by CBS Denver sports reporter Justin Adams to talk about the Buffs and Mel Tucker being approached by Michigan State. The guys get into a whole lot more football talk as the offseason heats up. Follow the show and Matt on Twitter @DNVRUnChained and @SixZeroAcademy. DON’T FORGET TO SUBSCRIBE ON ONE OF THE APPS! iTunes link …

Matt McChesney goes through a big week at Six Zero Academy as the Dungeon Family keeps pushing the envelope of what’s possible in the state of Colorado. Matt also goes over Kansas City’s Super Bowl win, the Denver Nuggets and more college football recruiting. Follow the show and Matt on Twitter @DNVRUnChained and @SixZeroAcademy. DON’T FORGET TO SUBSCRIBE ON ONE… 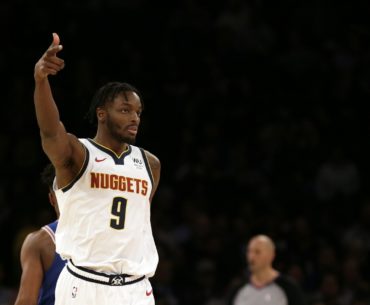 With the Nuggets clinging to a seven-point lead with three minutes remaining in regulation, Brandon Ingram got to one of his sweet spots. He was around 15-feet away from the hoop, positioned on the right wing in the midrange, the same zone where he hurt the Nuggets at times during the Nuggets and Pelicans’ first two meetings of the season.…... 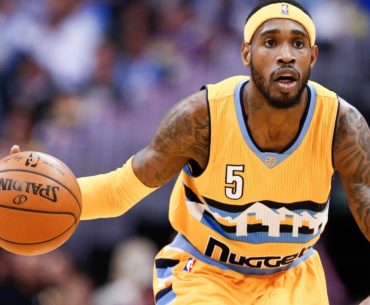 Nuggets Quarterly Review: Can Denver find the next Will Barton at the trade deadline?

In Feb. 2015, Tim Connelly made one of the more defining trades of his Nuggets’ tenure. Midway through the 2015-16 season, Connelly dealt Arron Afflalo and Alonzo Gee to the Trail Blazers for Will Barton, Victor Claver, Thomas Robinson and a lottery protected 2016 first-round pick. The headliner of the trade at the time was Afflalo. Across 53 games, Afflalo…...