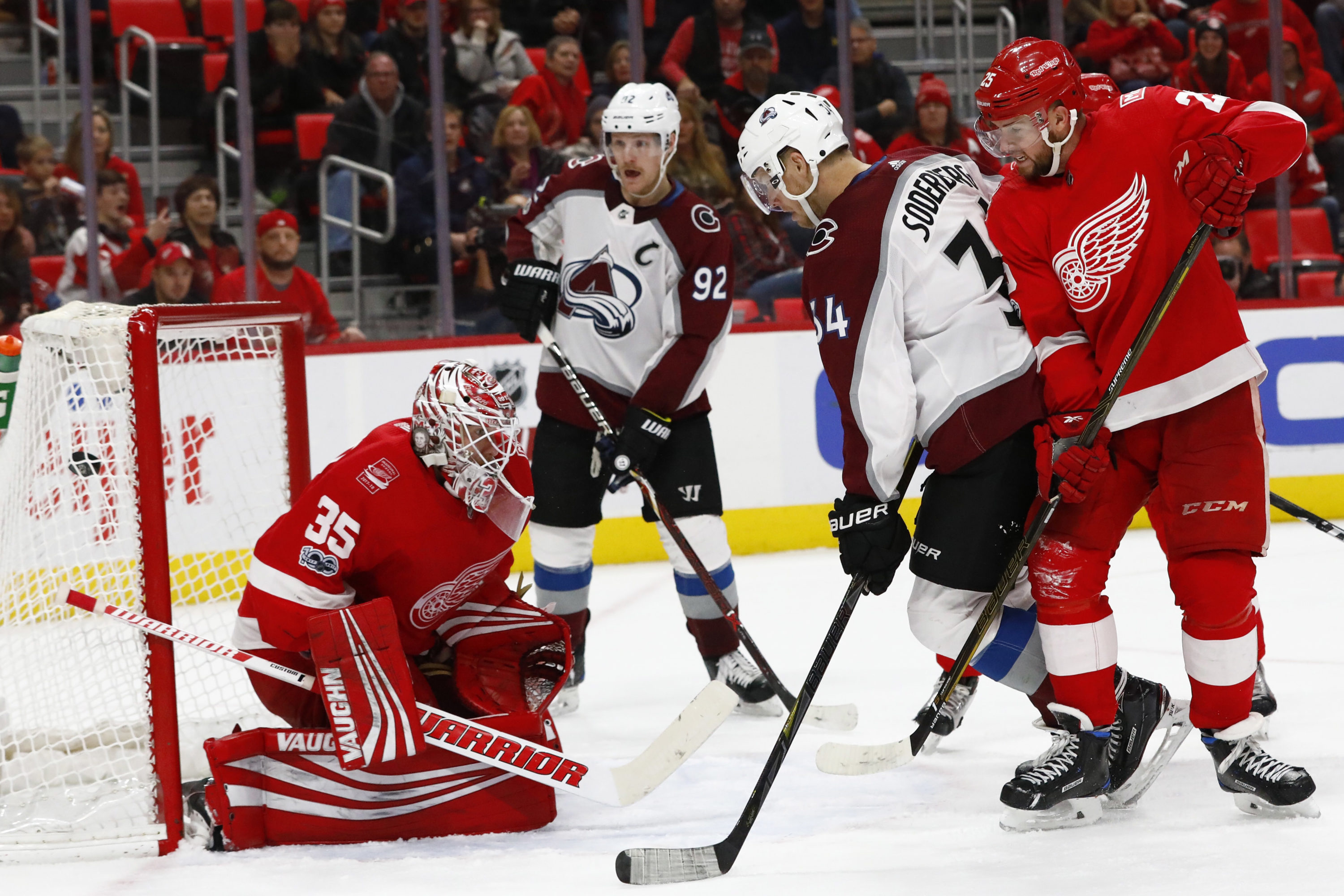 I meditated today, for about 15 minutes. In part of my “recovery” from life in general, I was told over and over again to just focus on the moment at hand, and nothing else. No future, no past. Just the present. Namaste.

And yet, I felt a lot of emotions tonight watching the Avalanche and Red Wings play, a game in Detroit in which the Avs won 2-0. Most of them had to do with the past, but maybe informed a future in which it mostly can be described as dystopian in its chances to become anything close to reality. There’s zero chance, 0.0, that a rivalry between the current or future Avs and Red Wings will equal the intensity of the past.

That’s what made tonight’s game so much fun to watch – even though it was actually a bit of a dull and maddening game to watch in other aspects.

I saw cheap shots and huge hits and fights and dirty play again tonight in Detroit. It was as if it was 1996 all over again and I was just trying to keep up with the outrage. Yet, it ended in kind of a whimper. Avs win 2-0, get the empty-netter, on to Pittsburgh. I won’t make too much of the “this reminded me of the past” stuff from what I saw tonight.

Still, come on; A fight between an Avs player (Ian Cole) and a Bertuzzi family member (Tyler) happened in this thing. It was something of a hybrid mashup of the past and future, if there is to be another RIVALRY between these teams.

These are my other takeaways from the game: