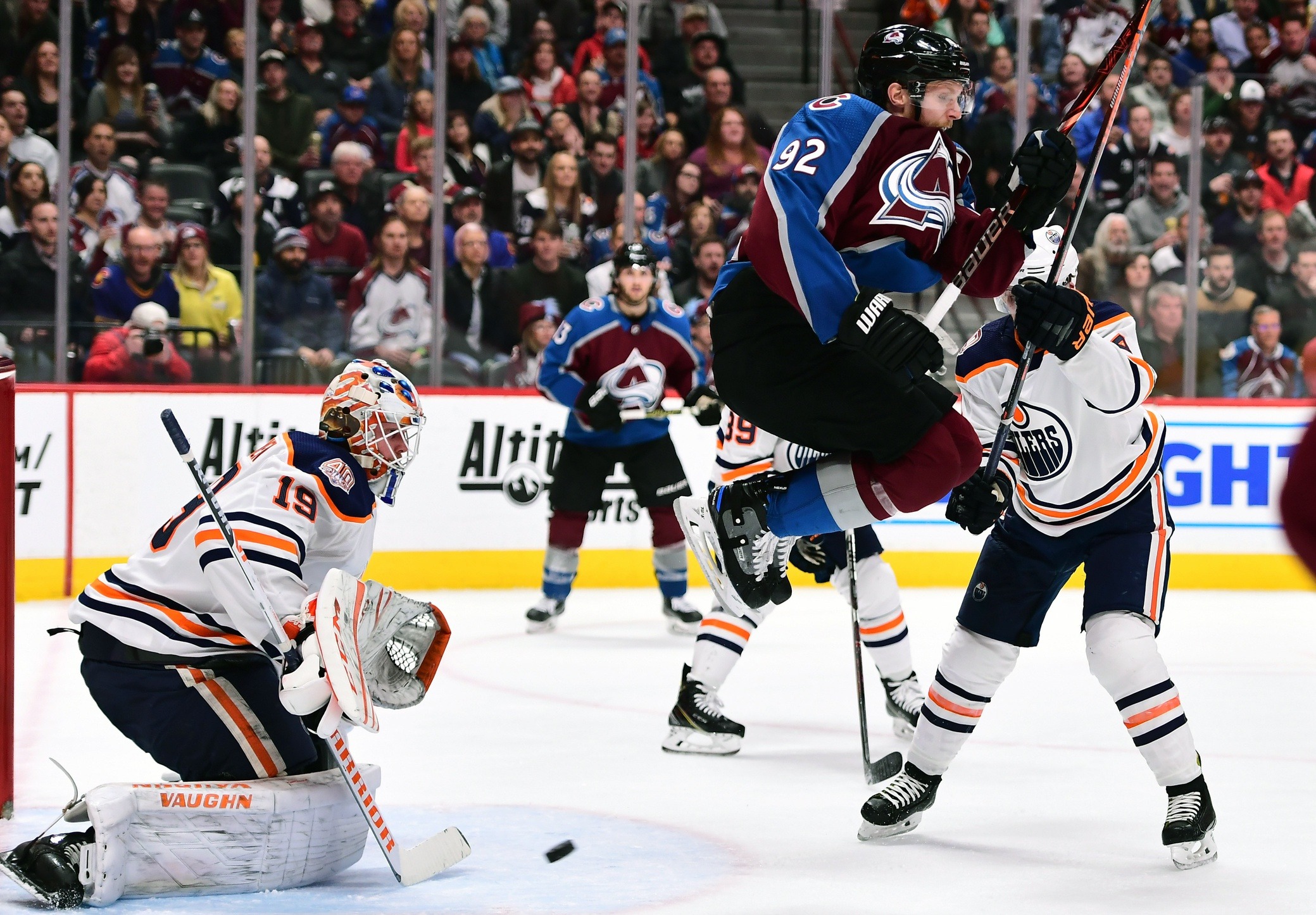 Now that one of the strangest regular seasons in recent Avalanche history is over, we’re all looking ahead to the future. What comes next for this organization is, simply put, one of the most exciting weeks in its history.

Tomorrow morning the Avalanche return to the ice in their first postseason practice as they begin to prepare for the Western Conference’s top regular season team, the Calgary Flames. Tuesday is an off-day for the NHL club but general manager Joe Sakic will be plenty busy as he attends the NHL’s draft lottery process in which Colorado has the highest odds to win the first overall selection thanks to the Matt Duchene trade.

Wednesday the club will travel to Calgary and Thursday night game one of the series begins. At the same the Avs and Flames are throwing down, top prospect Cale Makar and his UMass teammates will be taking on the Denver Pioneers in the Frozen Four. Should the Minutemen lose, there’s a chance Makar hops a flight to Calgary and makes his NHL debut on Saturday night in game two for the Avs. There’s the little issue, however, of Makar being the expected winner of the Hobey Baker Award, given annually to college hockey’s top player. The ceremony is Friday night and should his team no longer be involved, he might have bigger fish to try.

Meanwhile back in Colorado, the Eagles are pushing hard for a playoff spot in their inaugural AHL season. They will be playing a two-game set against the San Jose Barracuda on Friday and Saturday in hopes of clinching a playoff spot and giving the Avalanche a playoff team in both the NHL and AHL for the first time since…I don’t even know when honestly. They’ve been so inept at producing quality AHL teams that the Eagles making the postseason on their own would be an accomplishment to celebrate, let alone them doing it alongside the NHL club also qualifying.

All of this rundown of my Google Calendar just to say: it’s a big week for the Avalanche and the playoff series against the Flames almost feels secondary at times. This organization has been preaching patience and looking towards the future for so long that it’s almost hard to get back into the moment and remember the present matters, too. I want to enjoy this ride while I still can.

With the excitement of all the things coming in the near future, from Makar to the Ottawa selection to Martin Kaut and Colorado’s plan to go big-game hunting in free agency, it sure feels like the Avalanche is on the verge of something pretty big here. It’s easy to dream on this franchise and believe they are two well-timed chess moves away from positioning themselves as Stanley Cup contenders for years to come. I remember seeing this movie recently.

Stay with me here, but this reminds me a little of what happened with the Denver Broncos just a few years ago. They drafted Von Miller in 2011, signed Peyton Manning in 2012, and a young and talented core jelled with a superstar to lead them and they combined for an incredibly fun couple of seasons. When that group finally coalesced into a Super Bowl champion, it almost wasn’t fun anymore. The expectation of greatness was placed upon them and every loss they had in their championship year felt like a massive letdown. Every victory felt like them living up to expectations and somewhere along the way, people involved forgot it was supposed to be a little fun. We look back on it fondly now, but I remember living through it and it was a weird form of sports hell.

For a hockey analogy, look at what San Jose has gone through this season. They couldn’t have pushed any more of their chips to the center this past offseason, giving up prospects, NHL players, and future picks to grab one season of Erik Karlsson. The two sides haven’t come to any kind of contract extension and the Sharks had a solid regular season, getting the second seed in the Pacific Division, but the expected level of dominance simply wasn’t there. The pressure is on that group to win the Stanley Cup this year because they face a very uncertain future of difficult salary cap-related decisions and potential retirements. They have to make this work or else. All season has been about getting to this point for them and the club seemed relieved to have the regular season over after the 82nd game concluded last night.

Pro sports are a business but they’re still games, after all. The Avalanche and Flames are setting up for a series that’s going to get a healthy amount of sports hate flowing between the two franchises and cities. There’s an awful lot going on around the Avalanche, too. Expectations are (finally) getting raised around here for this organization.

It’s time to see them do something meaningful. This week has the kind of potential to be one we remember ten years down the road. One that sets up Colorado’s momentous offseason while intersecting with their current on-ice success. This is why we’re all here.

For me, I’m just going to try to take it all in. This is just the beginning. 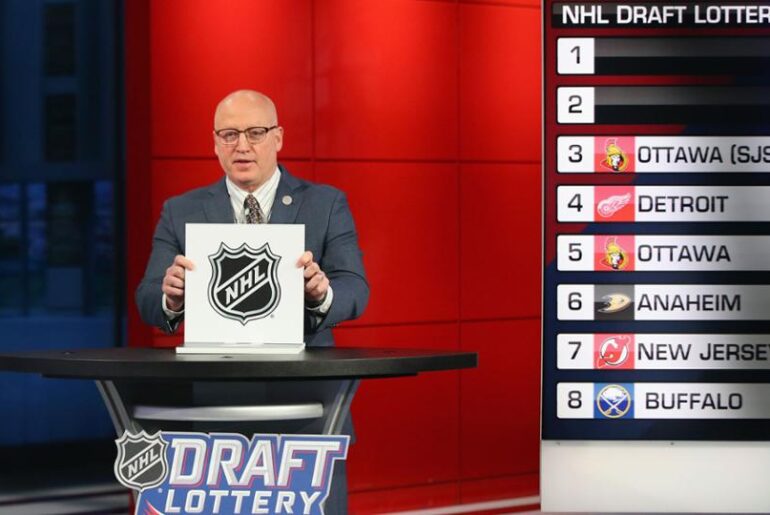 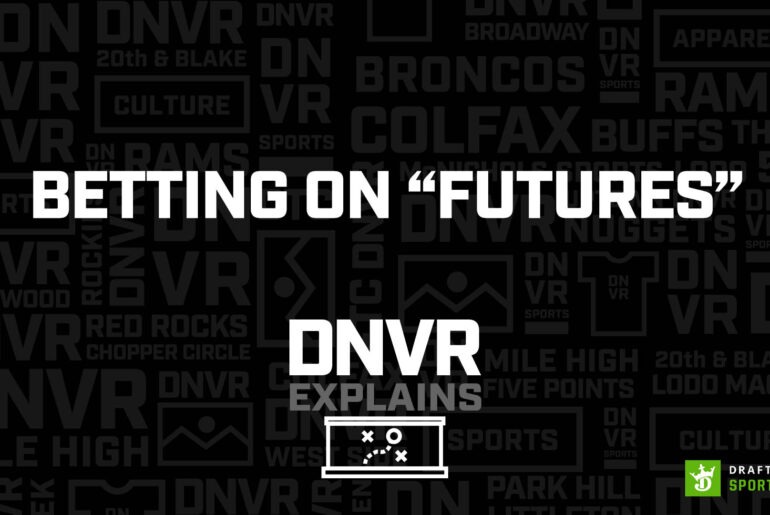 DNVR Explains: How to bet on Futures 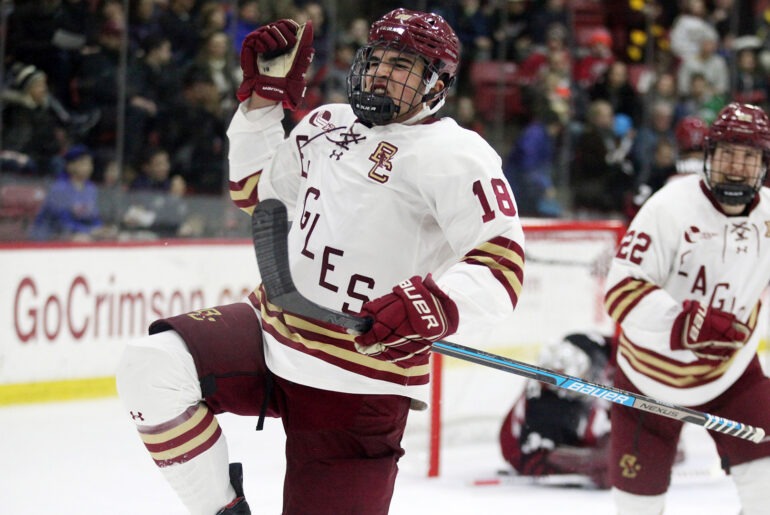