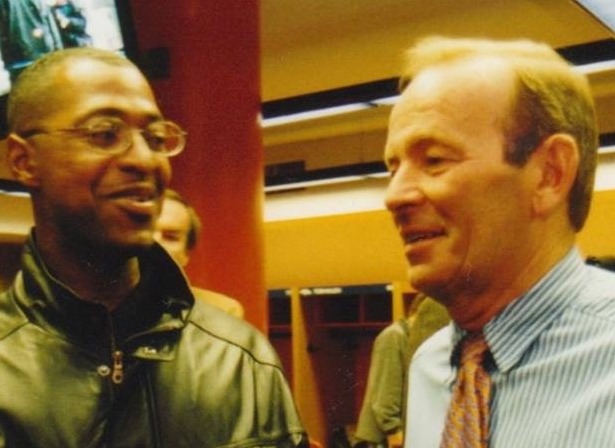 The tales of Pat Bowlen, a Broncos reporter and words that went a long way

Editors Note: This piece is special to BSN Denver from Sam Adams. Adams was a Broncos beat reporter for both the Denver Post and the Rocky Mountain News during Pat Bowlen’s ownership. In 2009 he left a career in newspaper and turned to stand-up comedy full-time.

I don’t apologize for being long-worded here.

Pat Bowlen and I were friendly for a number of years, 25 years to be exact. We didn’t hang out together. But we were “owner-reporter” friendly, and had several moments away from the football field that have come to my recall after learning of his passing.

Bowlen answered the phone, which shocked the hell out of me. When I asked why he wasn’t at the game, Pat said the Broncos weren’t in it, so he didn’t need to be there. We both agreed the Super Bowl could’ve been played in Denver that day. Denver would have hosted one Super Bowl, maybe two by now if Bowlen had been aggressive in asking for a dome on the new stadium.

Bowlen once told me that the reason he didn’t want a dome is because he didn’t want to block out the scenery of the Rockies. I still have the tape of him saying those very words to me. He really held a true love for the region and its surroundings. The surroundings included golf courses. He loved the sport, and often would ask me if I played. When I finally got my first set of clubs, I let him know. He said, “Hurry up and learn how to play, so I can kick your (butt)!”

Word was, Pat liked to play barefoot. We never played. I wish we had.

When Shannon Sharpe retired, I believe it was Mike Shanahan who put together a small gathering at Del Frisco’s Steakhouse. (This was before a steakhouse opened with Mike’s name on it.) Mike asked me to stop by to see Shannon. When I walked into the private room, Pat jumped up and shook my hand. He said, ‘Are you going to tell some jokes?’ I said, ‘Not for free!’ He playfully offered to pass a hat. I wasn’t going to do comedy — not with Sharpie sitting there ready to judge me. I was more impressed that Pat knew I had begun to perform standup. I still was very new at comedy, and couldn’t recall telling Pat I was doing it.

Recently, I had dinner with a former colleague of mine at the Rocky Mountain News who was a bit surprised (as a lot of people tend to be, it seems) when I told him I wrote for the Denver Post before coming to the News. My career at the Post began as a part-time high school reporter — for five years before I was hired full-time in 1992. In 1993 the Post removed me from covering high school and colleges, and placed me on the Broncos beat as a backup to the lead, my late friend Tom Kensler.

In 1994, I was promoted to the lead on the Broncos beat. And that’s when I had my first real encounter with Bowlen. The Post assigned me to write a lengthy feature story, one that would encompass Pat’s first 10 seasons as owner of the Broncos. It was a story that would run in the paper’s Sunday magazine. It was the kind of story Pat really didn’t care for. He didn’t do many interviews, and the thought of spending a lot of time on a takeout story didn’t appeal to him.

Broncos PR chief Jim Saccomano told me I’d have 30 minutes with Pat in his office. Thirty minutes? To cover 10 years? I had to say yes, because 30 minutes was better than no time at all. So the interview clock started. And, after a brief reflection on his 10 years as a whole as Broncos owner, Pat began to tell me about his exploits as a triathlete, as well as other personal athletic achievements.

An hour went by, and Pat confessed that he really hadn’t given me what I came for. He was right. And I was worried about what I’d tell the editors. But Pat told me to book another interview — only this time through his personal secretary. I came back to his office a few days later. And, after another hour, if not longer, we booked a third get-together. We finished that session and Pat gave me his personal “hotline” office number. He told me to call if I had questions. I, in turn, gave Pat my home number.

When we started the process, Pat made sure to let me know he really didn’t want to do an interview of this kind. He always was a private man, and he preferred to keep himself — and his family — out of the spotlight. A few days before the story went to print, Pat called me at home to make sure I had everything I needed. That turned into another half-hour call. I started to feel like we were falling in love.

A day after the story ran, Pat called again to tell me he was pleased with how it turned out. He congratulated me on how it was written and thanked me. I hung up the phone with the feeling that Pat trusted me.

A few months later, I accepted a job with the Charlotte Observer. I didn’t tell Pat personally, but he heard about it — probably through Saccomano. Pat and I crossed paths in the lobby of a Westin Hotel near the airport in San Francisco. It was the night before a Broncos-49ers game, and we both were waiting to meet people for dinner.

Pat said to me, “I hear we’re losing our top guy.” I said, “Adam Schefter’s leaving town too?” We laughed. When Pat told me he was proud to see how far I’d come my first full year as a lead guy on the beat, I really was moved. Like, ‘don’t-cry’ moved. I wasn’t expecting to hear the things he said — especially from the owner of the team. We shook hands. And then Pat said, “Good luck. You’re going to be sorry you took the job in Carolina.”

That was December of 1994. In August of 1995, the Broncos played the expansion Carolina Panthers in a preseason game at Clemson Stadium in South Carolina. It was like 175 degrees… at night. Felt like it, anyways. Afterward, I saw Pat in the stadium tunnel. We shook hands, and he asked how things were going. I told him things were great, that I’d covered the North Carolina Tar Heels in a Final Four, watched some great basketball, it was awesome.

Pat looked at me with a ‘yeah … right’ smirk. He goes, “You miss Denver, don’t you?” I said, “Yep.” He said, “I told you. Let me know if there’s anything I can do for you.” I told him to cut one of the wide receivers and add me to the team, so I’d have a job to come back to. I named the receiver, and we laughed hard. For the record, it was NOT Rod Smith.

I wound up coming back to Denver in late August of 1996 to work at the Rocky after Schefter took the gig I once held at the Post. I saw Pat for the first time, after the season opener against the Jets. “Look who’s back,” he said. Handshake. Smile. He seemed genuinely happy to see me, until December of ’96, when I apparently caused chaos around Broncos Country with a story that the uniforms were going to change. No more orange. In with dark blue.

Pat called me on the Rocky’s phone inside the media room — not to say that the story was wrong, but to complain about the photo we ran with it. I wrote that the jerseys would be dark blue, like the Chicago Bears, so our desk ran a photo of a Bears jersey. And I still hear Pat saying to me: “I can tell you that we’re not going to look like the (damn) Chicago Bears!”

The uniform change was a big deal to Pat, and he was a little burned that I broke the story before the team and Nike could make a formal announcement. That burn went full blowtorch a few weeks later, when I learned the new uniforms had arrived at the team facility. Sources helped me (and Norm Clarke) describe the new look to News readers — on the morning that the Broncos scheduled their reveal press conference. Three Broncos players modeled the new jerseys and helmets. The uniforms looked just like we wrote that they would.

It spoke to the Rocky-Post rivalry. The Broncos often were at the epicenter of the newspaper tussle. You hoped to get a major scoop against the other paper. I had two of them in less than 60 days. When the press conference ended, Pat sought me out and led me to a staircase in the back of the building. He wanted to know how I found out everything. I refused to give up my sources and explained why. He looked me in my eyes, shook my hand and said, “Well, you did a damn good job of reporting.”

That was Pat Bowlen as I came to know him. He looked you in the eyes. He shook your hand. He told you what he felt and said it how he meant it. Twice in my career, Pat nearly made me cry — when he wished me good luck that evening at the San Francisco Westin in December 1994, and when he congratulated me after the new uniform press conference in February, 1997. Learning that Bowlen passed away finally let loose some tears that fell from having known a good person for 25 years.

My sympathy and prayers go to the Bowlen family, for their loss of a father, brother, grandfather, uncle and … a man, one who strived to field a Broncos football team that would make Denver and all of its surrounding communities feel like winners. 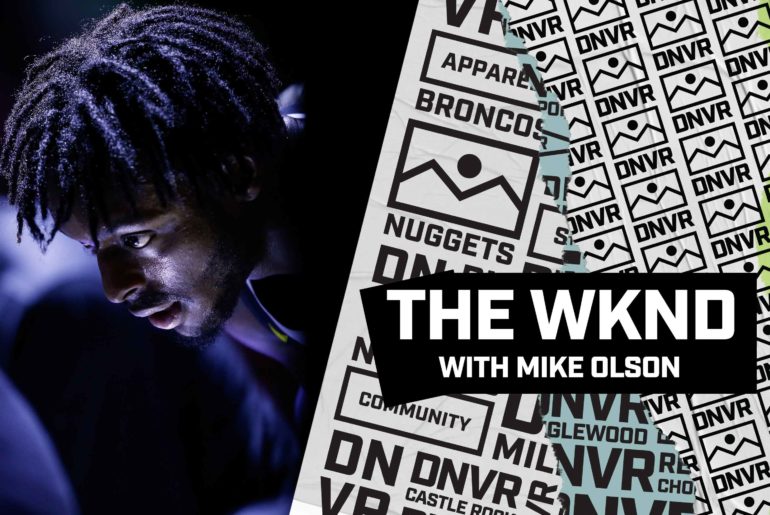 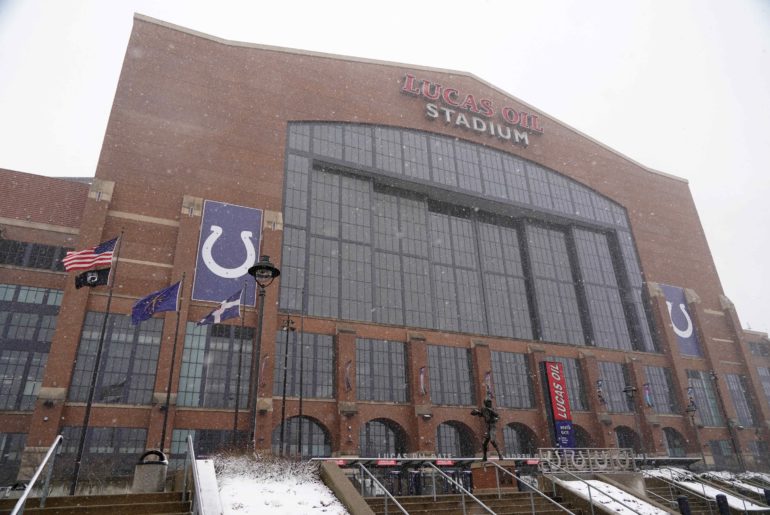 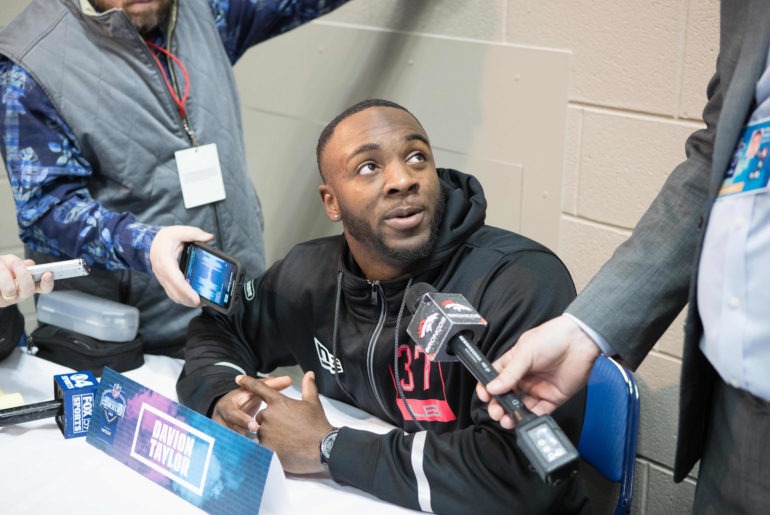 How CU’s Davion Taylor plans to ‘shock’ the NFL world