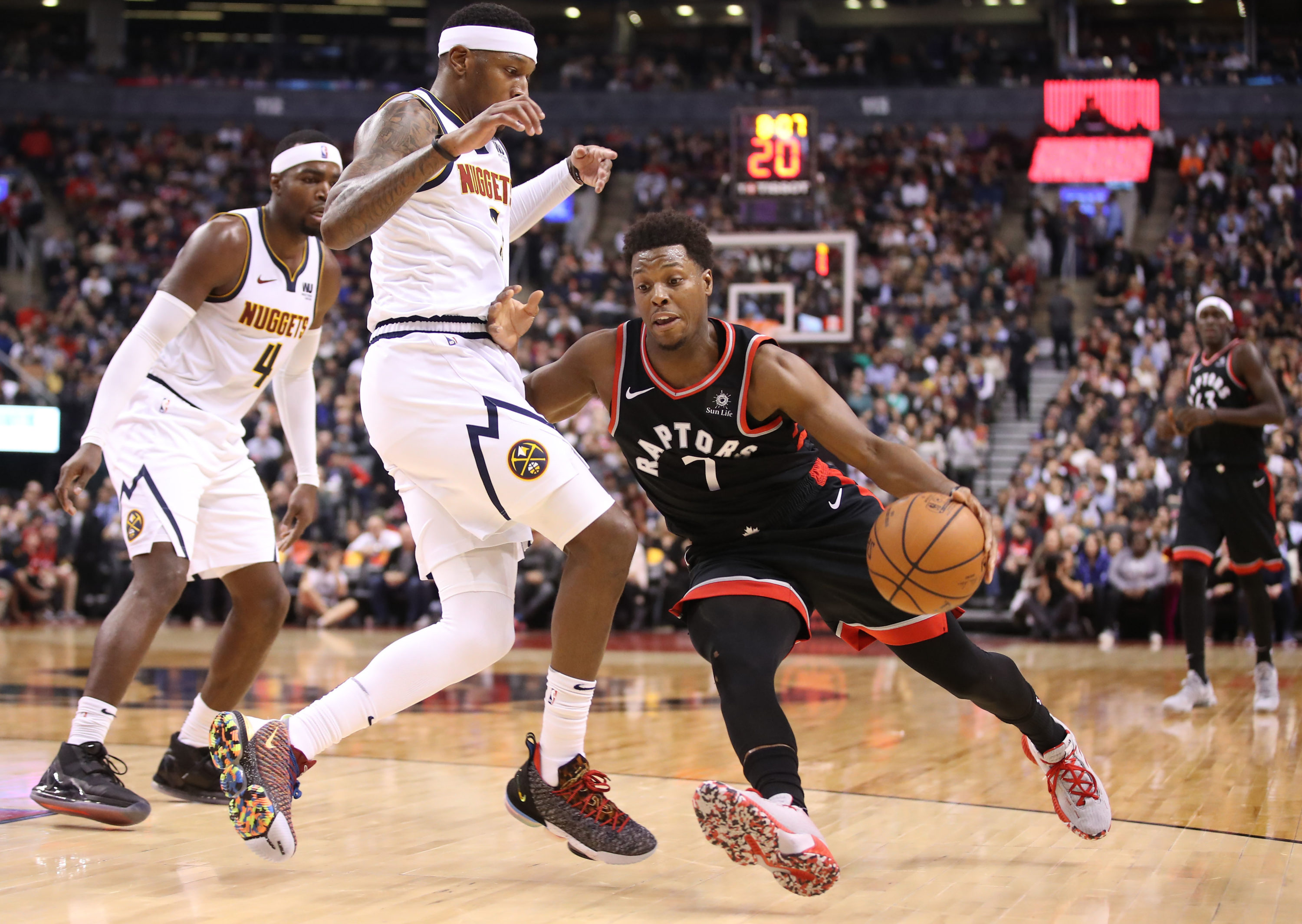 It’s around 24 hours before the Denver Nuggets host the Memphis Grizzlies and Torrey Craig locks himself in his downtown Denver apartment, whips out his iPhone and bypasses Twitter and Instagram for an app called Just Play.

Just Play, developed in late 2014 by two former Division 1 athletes, is Craig’s study guide for the next night’s opponent. Stocked full of video uploaded by Nuggets assistant video coordinator Andrew Munson, Craig goes through key sets, actions and plays the Grizzlies will run against Denver and gets familiar with Mike Conley, Memphis’ lead ball handler and the fourth All-Star caliber point guard he’ll match up against over an eight-game span.

Craig locks in on video of Conley and tries to get a feel for his tendencies as the 6-foot-1 point guard controls the ebbs and flows of the Grizzlies’ offense. Craig notices that all of Conley’s moves are with a purpose. There’s no wasted motion from the 31-year-old as he navigates around one Marc Gasol screen after another, always prodding and probing the defense.

It quickly becomes clear to Craig that keeping Conley in front of him is a must. If the Grizzlies’ point guard gets into the paint, it’s typically over for the defense. Once Conley gets past his man, he can dump the ball off to Gasol, who he’s formed one of the best pick-and-roll tandems in the league with over the last decade, or look for the sliver of airspace he needs to rise and fire from midrange. Conley is hitting a career-high 43 percent of his field goals from that range on the floor this season.

Craig pores over clip after clip like he’s clicking through a PowerPoint presentation the night before a final exam. Eventually, he formulates a defensive game plan that involves meeting Conley high up the floor, well before he crosses the half court line and places a priority on keeping him out of the paint. In theory, it should hold Conley in check.

“I don’t like to let guys like him get in a rhythm early on,” Craig told BSN Denver moments after Denver’s 105-99 win over the Grizzlies. “I didn’t want him to get comfortable.”

Craig guarded Conley on 33 possessions, according to NBA.com’s tracking data provided by Second Spectrum. Conley tallied 19 points on 5-14 shooting against Denver but was 2-6 with Craig as his primary defender. A closer look at the film shows that Conley scored just three points on 1-5 shooting when he was guarded by Craig for a full possession.

Conley is the latest point guard to feel Craig’s wrath throughout a 48-minute game. Two weeks ago it was Russell Westbrook, who Craig held to just 16 points on 6-23 shooting — one of Westbrook’s worst shooting nights of the season — in a 105-98 Nuggets road win. In Denver’s win in Toronto a week later, Craig helped limit Kyle Lowry to just five points on 1-7 shooting. Craig’s last two victims before Conley — Kemba Walker and Trae Young — shot a combined 6-21 from the field. The last five point guards Craig’s guarded — Westbrook, Lowry, Walker, Young and Conley — shot just 19-67 against Denver.

“He makes life hell for those guys,” said Michael Malone.

Craig wasn’t always a defensive-first player. In fact, Craig admits he was “horrible” on that end of the floor throughout most of his college career. Over his first three seasons at the University of South Carolina Upstate, Craig says he didn’t care about defense. Getting buckets was the only thing on his mind.

As a sophomore, Craig averaged 16.4 points per game for the Spartans on his way to Atlantic Sun Player of the Year honors, and he upped his scoring average to 17.2 points per game in his junior season. But NBA scouts from the Magic and Pacers who began to attend USC Upstate practices got the message through to Craig that if he wanted to get to the next level he had to commit on the defensive end of the floor.

During his senior season, Craig dedicated himself to defense. His scoring average dipped to 16.2 points per game, but Craig took it upon himself to guard the opponent’s best player in games. More often than not, that player was the opposing team’s point guard. In practices, when longtime USC Upstate coach Eddie Payne would run his players through five-on-zero drills against dummy defense, Craig was the only player that Payne can recall in his 40-plus year coaching career who would sprint to grab every rebound off a missed shot.

“It was just about building good habits,” Craig recalled. “What you do in practices translates to the game.”

Craig went undrafted in 2014 but found a home in Australia and New Zealand’s National Basketball League, where he quickly emerged as one of the better players down under. In a 2016 matchup that pitted Craig’s Cairns Taipans against the Sydney Kings, who at the time were coach by Joe Connelly, Nuggets president of basketball operations Tim Connelly’s brother, Craig scored 20 points while guarded by Josh Childress, played both ends of the floor, dunked over Kings’ 7-foot-2 center Jordan Vandenberg and finished Sydney off by draining a 30-footer from the top of the key to seal the win. The Nuggets kept tabs on Craig and invited him to join their Summer League team in 2017 where he looked the part, especially on the defensive end of the floor.

“I wouldn’t be in the NBA if I didn’t defend,” Craig said. “The NBA has hundreds of players that can score the ball, but not a lot of guys who can actually defend at a high level.”

Craig’s latest method of disruption has the rangy 6-foot-6 wing picking up his man full court, a tactic he implemented himself this season without the direction of Denver’s coaching staff. According to Craig, it’s all about getting in his opponents’ headspace, not so much about forcing a turnover. If his man always has it in his mind that Craig is looming in the backcourt it’s just another variable the offensive player has to account for as he tries to set his team up. Craig is always in his man’s hip pocket, making his opponent work just a little bit harder bringing the ball up the floor.

Craig’s defense-first mindset is reflective up and down Denver’s roster this season as the Nuggets attempt to rewrite the defensive-less narrative that’s followed them over the last three seasons. After three consecutive years finishing in the bottom-10 in defensive efficiency, Denver has been a top-5 defense for most of this season thanks to Craig, Paul Millsap, Nikola Jokic and buy-in from every rotation player. Craig is also one of the top offensive and defensive rebounders in the league for his position.

Craig doesn’t halt all opposing point guards in their tracks by himself. He gets a good amount of help from his teammates like Malik Beasley and Jamal Murray who have on occasion checked Conley, Westbrook, and others over the last few weeks.

Nuggets coaches also love how Craig’s length can help him recover and block his man’s shot if he gets beat.

Denver’s Western Conference Fury Road doesn’t get any easier for Craig, who will match up with Westbrook again Friday as the Thunder visit Pepsi Center looking for revenge after last month’s loss. Two nights later, he’ll try and corral Lowry again before turning his attention towards Rookie of the Year favorite Luka Doncic.

“It’s tough, but as a competitor you look forward to the challenges,” Craig said. “It’s a big test to yourself mentally and physically to try and prove that you can guard those guys. I take pride in it.”

Craig is a quick study, something that Malone learned early on when the Nuggets recalled the 27-year-old from Sioux Falls’ G League team last season, started him at small forward less than 24 hours later and had him guard Jrue Holiday on the game’s final possession. Craig ended up blocking Holliday’s shot to force overtime, foreshadowing where he’d provide the most value to the Nuggets.

To no one’s surprise, Craig is well prepared for his next test.

“He likes to pull up in transition, he’s constantly attacking and rejecting screens. He’ll try to pump fake you and draw fouls,” Craig said rattling off Westbrook’s scouting report on command. “He’s up there, but I wouldn’t say he’s the toughest to guard in the league. You’ve still got guys like (Kevin) Durant and LeBron (James) who are tougher. But he’s up there.” 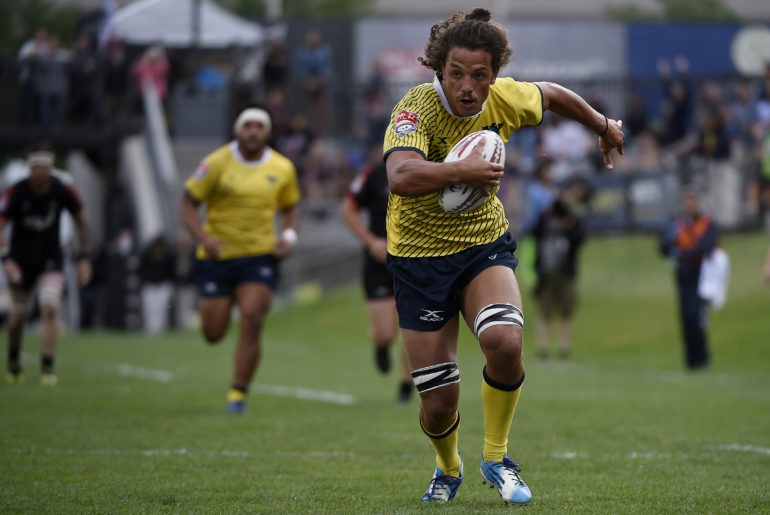